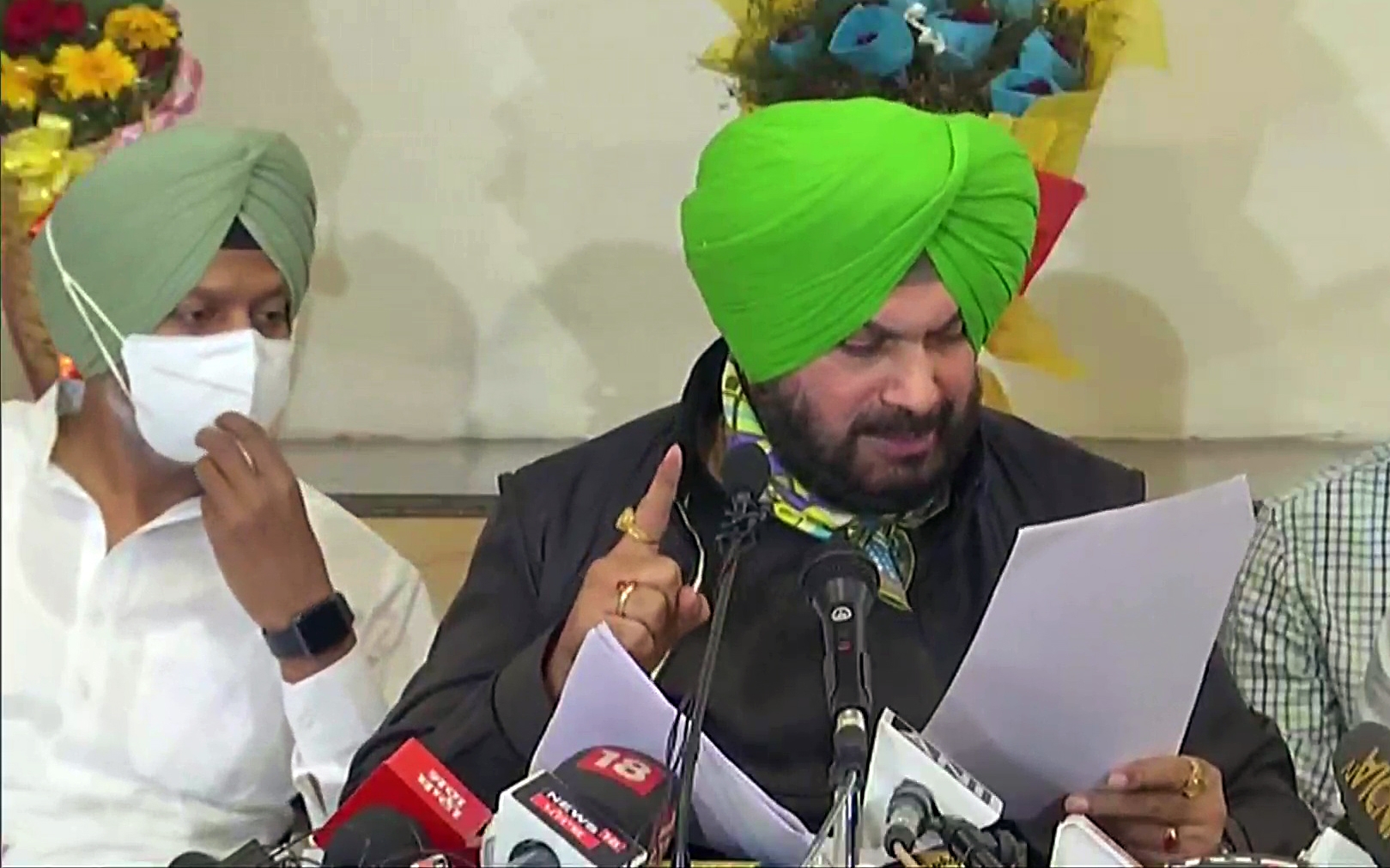 Chandigarh, Sept. 15: Much to the relief of many Congressmen, Punjab party president Navjot Singh Sidhu, who has been at loggerheads with chief minister Amarinder Singh since taking over as party head in July, today shifted his attention to the Shiromani Akali Dal, slamming the party for being the “architect” of the three farm laws passed by the Centre.

“The laws are photocopies of the Punjab Contract Farming Act, 2013, that was passed by the BJP-SAD government in March 2013, after being tabled in the assembly by then chief minister Prakash Singh Badal,” Sidhu said at a press conference.

“There cannot be a bigger fraud than this…Both the Centre and the state’s laws have no MSP guarantee. Dispute settlement is to be done by the bureaucracy and there is a bar on taking the disputes to the courts,” he added while reeling out similarities in the Centre’s three farm laws.

The Shiromani Akali Dal has refuted Sidhu’s charge. “He has done nothing to support the farmers’ cause. He is raking up old issues that are insignificant today. He is playing with emotions when the elections are just a few months away,” a party spokesperson said.

Farmers across the region have been demanding the repeal of the farm laws since September last year, terming them to be “draconian and a ploy to hand over agriculture to large corporates”.

When asked whether he agreed to Amarinder’s request to farmers to shift their agitation from Punjab to Haryana and Delhi, Sidhu replied “no comments”.

Amarinder had yesterday asked farmers to shift their stir out of Punjab as it was “hurting” Punjab economically.

The statement, which was issued as a press note, has caused a political storm in both Punjab and Haryana.

While farm unions in Punjab have decried Amarinder for asking them to lift their gherao outside the business premises of two large corporate houses, the BJP-led Haryana government has taken umbrage over the chief minister’s appeal to farmers to shift to Singhu and Tikri in Haryana.

“This is nothing but proof that the Punjab government is behind the farmer unrest in Haryana,” state home minister Anil Vij asserted.

Going a step further, Haryana BJP president O.P. Dhankar charged farmers from Punjab to be at the forefront of the agitation against the farm laws with “spreading drug addiction in Haryana”.

Many Congressmen, who had been feeling marooned over the verbal duel between Amarinder and Sidhu over the last few months, were elated today.

“This has been the first direct charge against the top Akali leaders from the party and it has taken years to come. Sidhu has set the ball rolling for the elections early next year,” a senior Congress leader remarked.