The student, who was from Kerala and was studying Bachelor of Design at Lovely Professional University took the extreme step on Tuesday.

Protests were held in Punjab's Lovely Professional University (LPU) on Wednesday after a first-year student allegedly died by suicide in Paghwara. Hours after the incident, police informed that the situation is peaceful now at the university.

SP Sarabjit Singh said that the situation is peaceful and a police investigation is underway.

The student, who was from Kerala and was studying Bachelor of Design at Lovely Professional University took the extreme step on Tuesday.

According to a suicide note left by the student, he was facing some personal issues, said Deputy Superintendent of Police, Phagwara, Jaspreet Singh. Civil hospital authorities said the student was brought dead.

"We have informed the family of the student in Kerala. We will initiate further action after we record their statement once they reach here," the police official said.

As the news of the student's suicide broke, other students held a protest on campus.

Students, including girls, came out of their hostels and raised slogans such as "We want justice" while security guards of the university tried to pacify them. 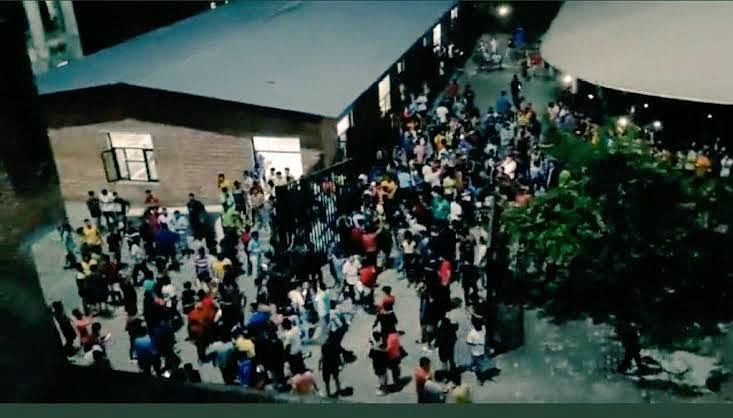 LPU said it is saddened by the unfortunate incident. "The initial investigation by the police, and the content of the suicide note point towards personal issues of the deceased. The university is providing full support to the authorities for further investigation.

"The University mourns the loss of the student and expresses its condolences to the bereaved family," LPU said in a statement posted on its Twitter handle.

Notably, the incident comes few days after recent protests at Chandigarh University in Mohali over allegations levelled by students that a hosteller had recorded several objectionable videos of women students in the common washroom.