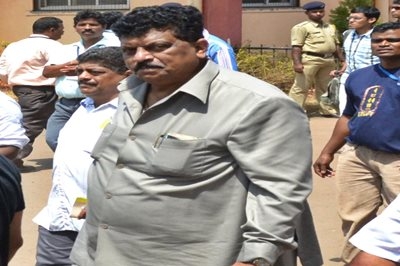 Alemao was allegedly picked up from his residence in Varca village at around 10.30 last night, and was officially placed under arrest at midnight. Alemao, along with former Chief Minister Digambar Kamat, had been questioned by the Crime branch in connection with the case.  “I’m very innocent. I have not done anything,” Alemao said.  Goa Chief Minister Laxmikant Parsekar said, “The Police is doing its job. There is no political vendetta here. I have given them free hand and everybody is equal before the law.”

Alemao served as the PWD Minister under the Kamat-led Congress government in the state in 2010. The Crime Branch has already arrested Japanese International Cooperation Agency (JICA) Goa Project Director Anand Wachasunder and former Vice President of Louis Berger Satyakam Mohanty in connection with the case.  The officials of the US-based company had reportedly confessed in a US court that they paid bribe to a Goa Minister for winning consultancy of Water Augmentation and Sewerage pipeline project under JICA in 2010.