Losing one of the lions that guarded judicial institution, says CJI on retirement of Justice RF Nariman

Nariman was showered with praise and tributes from members of the Bar, saying, “Seven years tenure is not enough as his exceptional brilliance"
FPJ News Service New Delhi: “Losing one of the lions that guarded judiciary,” said Chief Justice of India NV Ramana on the retiring judge Rohinton Fali Nariman, sitting on the Bench with him as a tradition, on the last day of seven years tenure in the Supreme Court.

Nariman was showered with praise and tributes from members of the Bar, saying, “Seven years tenure is not enough as his exceptional brilliance.”

Rounding off the ceremonial bench sitting, the CJI said, “He practiced law for 35 years before being elevated to the Bar and was the fifth counsel to be directly elevated to the Bar. As a judge of the Supreme Court, he has disposed of 13,565 cases!”

Personally, I am a little overwhelmed at expressing my thoughts. On his retirement, I feel we are losing one of the lions of the Indian judiciary... I look forward to his continued and immense contribution to the field of law.”

Solicitor General Tushar Mehta led the tributes from the Bar: “The first-ever counsel I briefed in the Supreme Court was Justice RF Nariman... Be it comparative study of religions, Constitutions or whichever subject, his Lordship's exceptional brilliance and integrity will be remembered for centuries to come."

Supreme Court Bar Association (SCBA) President and senior advocate Vikas Singh said, “To be here as a President of the Bar when Justice Nariman is there is a privilege. We should be grateful to (former CJI) Justice RM Lodha, who recommended the name of Justice Nariman. Seven years tenure is not enough. His tenure has brought glory...”

Justice Nariman has delivered more than 500 reported judgments and it is known that once the verdict was reserved, he did not take more than two or three days to dictate the judgment as he was very sharp,” said Shivaji Jadhav, president of the Supreme Court Advocates-on-Record Association (SCAORA).

He said, “Justice Nariman, a Parsi priest and an LLM graduate from Harvard, will be keenly missed. At the age of 37, he was designated as a Senior Advocate by then Chief Justice Venkatachaliah and rules were amended to make him senior.” 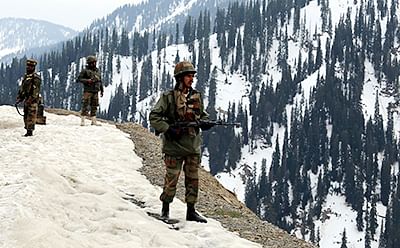