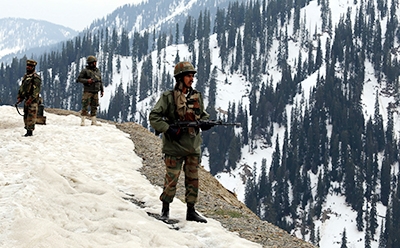 New Delhi: The Delhi High Court on Thursday refused to entertain a PIL seeking direction to the Centre to extend the same pension scheme to armed forces under the Home Ministry as is applicable to the forces under the Defence Ministry.

A bench of Chief Justice D N Patel and Justice Rajiv Sahai Endlaw, which was hearing the PIL by Humara Desh Humare Jawan Trust, said that several petitions by the aggrieved personnel are already pending adjudication.

"Affected people are already before court. They don't need a PIL. Matter is already under consideration. There is a bunch of petitions," Justice Endlaw said, adding that the outcome of the pending pleas would be applicable to those who are similarly placed.

"Each and every person is not required to be there. Point which you are raising is raised by affected parties and they are ably represented," the judge told the counsel for the Trust, advocate Ajay K Agrawal Chief Justice Patel stated that there was no need to have multiple petitions on the same issue and asked the petitioner to join the pending proceedings.

"You go there and file a CM (application)," Chief Justice Patel told the counsel. The court allowed the Trust to withdraw its petition with liberty to avail other legal remedies or join the pending proceedings.

What is the disparity?

In the petition, the Trust has stated that the forces under the MHA i.e. BSF, CISF, CRPF etc are also armed forces and therefore cannot be discriminated against.

The plea stated that the Centre is "illegally denying the old pension scheme" to the forces under MHA by making them subject to the new contributory pension scheme, which was introduced in 2004, on the ground that they are not "armed forces of the Union".

The plea states that in August 2004, the Centre has itself issued a clarification that the central forces under the MHA as also "armed forces of the Union" and would include the BSF, CISF, CRPF, ITBP, NSG, SSB and Assam Rifles.