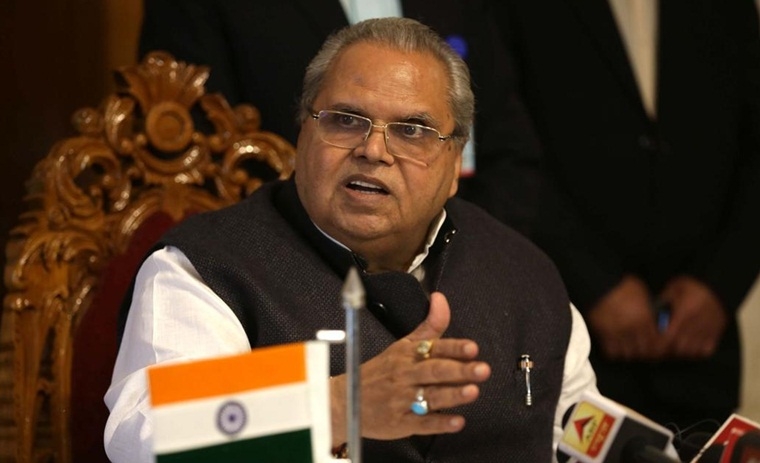 Jaipur: Declaring that he is willing to step down from his post for backing the farmers' agitation, Meghalaya Governor Satya Pal Malik on Sunday said leaders in Delhi offer condolences "even when a dog dies" but haven't cared about the deaths' of farmers.

Malik also criticised the Central Vista redevelopment plan, a project in which Prime Minister Narendra Modi has taken a personal interest, saying it would be better to build a world-class college, instead of a new Parliament building.

These were the latest in a series of provocative remarks by the Governor, who has been directly or indirectly targeting the BJP governments at the Centre and the states over the farmers' issue and alleged corruption. Malik became governor of Jammu and Kashmir, Goa and Meghalaya during the Modi term.

Addressing the Global Jat Summit here, Malik said if he spoke anything on the farmers' issue it would create a controversy. But he continued with his remarks, taunting "well-wishers" who he said wait for him to speak. He said "two or three" leaders in Delhi made him Governor. "The day they tell me that they have a problem and ask me to quit, I will not take a minute," he said.

"I am not a governor by birth. I am always ready to lose what I have but I cannot leave my commitment. I can quit the post but cannot see farmers suffering and getting defeated," he said. He said there hasn't been an agitation earlier in the country in which "600 people" have died, a reference to the deaths due to various causes of protesters camping on the borders of Delhi for months against the Centre's agri laws.

"Even if a dog dies, a condolence message is sent by Delhi leaders. But I am hurt that 600 farmers have died but no resolution was passed in Parliament," he said. He also referred to the assassination of the then prime minister Indira Gandhi by her Sikh bodyguards in 1984, and said he had told Modi not to antagonise Sikhs and Jats - the communities who form a bulk of the protesters.

"I had told him not to use force against them and not to send them back empty-handed. They do not forget for 300 years. When the Akal Takht was damaged, Mrs Indira Gandhi had got a yajna of mahamrityunjaya mantra performed at her farmhouse because she knew that she would be killed," he claimed.

"I also told the PM that you should tell the farmers 'I am right and you are wrong' but I still accept your viewpoint because I cannot see your suffering'," he said. By saying this, the PM will gain in stature, Malik argued.

He repeated his suggestion that the issue can be resolved through a guarantee on minimum support price (MSP). He claimed that Army has felt the impact of the agitation over the central laws as the farmers' sons also serve in the military.

"Anything can happen. Today, you are in power and are arrogant and do not know what repercussions would follow. When Kargil happens, the sons of these farmers are sent to the hills to fight." He said people could react to "injustice" some day. "I do not want the day to come when farmers react," he added.

Referring to the Republic Day violence when protesters in their tractors headed to the capital's Red Fort, he said after the prime minister it is the right of farmers to hoist the national flag there. There are references to the Red Fort in the songs of the Jats and the Sikhs, he said. In an indirect reference to the farmers' protest against BJP leaders in Haryana, he said Chief Minister M L Khattar's helicopter cannot land in any village in the state. 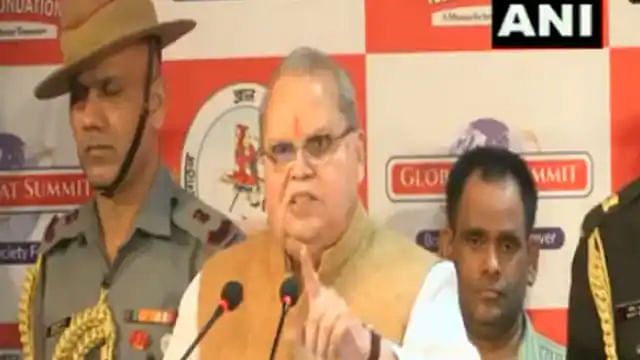