The accused then attacked the police with sticks and then snatched the weapons from us and they started firing on police, the CP said.

All four people accused in the rape and murder of woman veterinarian in Telangana were killed in an encounter with the police in the early hours of Friday.

The four men, all lorry workers, aged between 20 and 24, were arrested on November 29 for raping and killing the woman by smothering her and later burning her body.They were remanded to 7 days' judicial custody.

The incident took place around 6.30 am when the accused were taken to the site of the offence for reconstruction of the scene of the crime as part of the investigation police officials said.

Speaking to the media Cyberabad CP VC Sajjanar said that the accused had been taken into police custody and interrogated on December 4 and 5. The Cyberabad CP said that the police had "brought the accused to the crime spot as part of investigation". There were around 10 police with the accused persons during the time of encounter.

"The accused then attacked the police with sticks and then snatched the weapons from us and they started firing on police," he said.

"The police warned them and asked them to surrender but they continued to fire. Then we opened fire and they were killed in the encounter," Sajjanar explained.

A Sub-inspector and a constable were also injured during the incident and are currently undergoing treatment. They have been shifted to the local hospital, Sajjanar said.

"We have also seized two weapons from the accused persons. The body of accused have been shifted to local govt hospital for PME," the police said.

The police added that they had also recovered the victim's cell phone from the spot.

"I can only say that law has done its duty," he added.

Earlier on Friday the National Human Rights Commission (NHRC) took cognisance of the killing of the four men and ordered an inquiry into the police encounter. The apex human rights body said the encounter early on Friday is a matter of concern.

Addressing this, Sajjanar said, "We will answer to whoever takes cognizance, the state government, NHRC, to all concerned."

Read Also
From crime to encounter: A timeline of Hyderabad vet rape-murder case 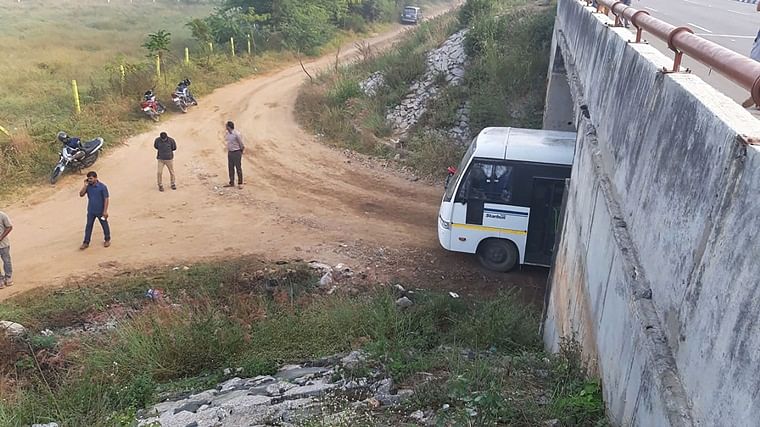