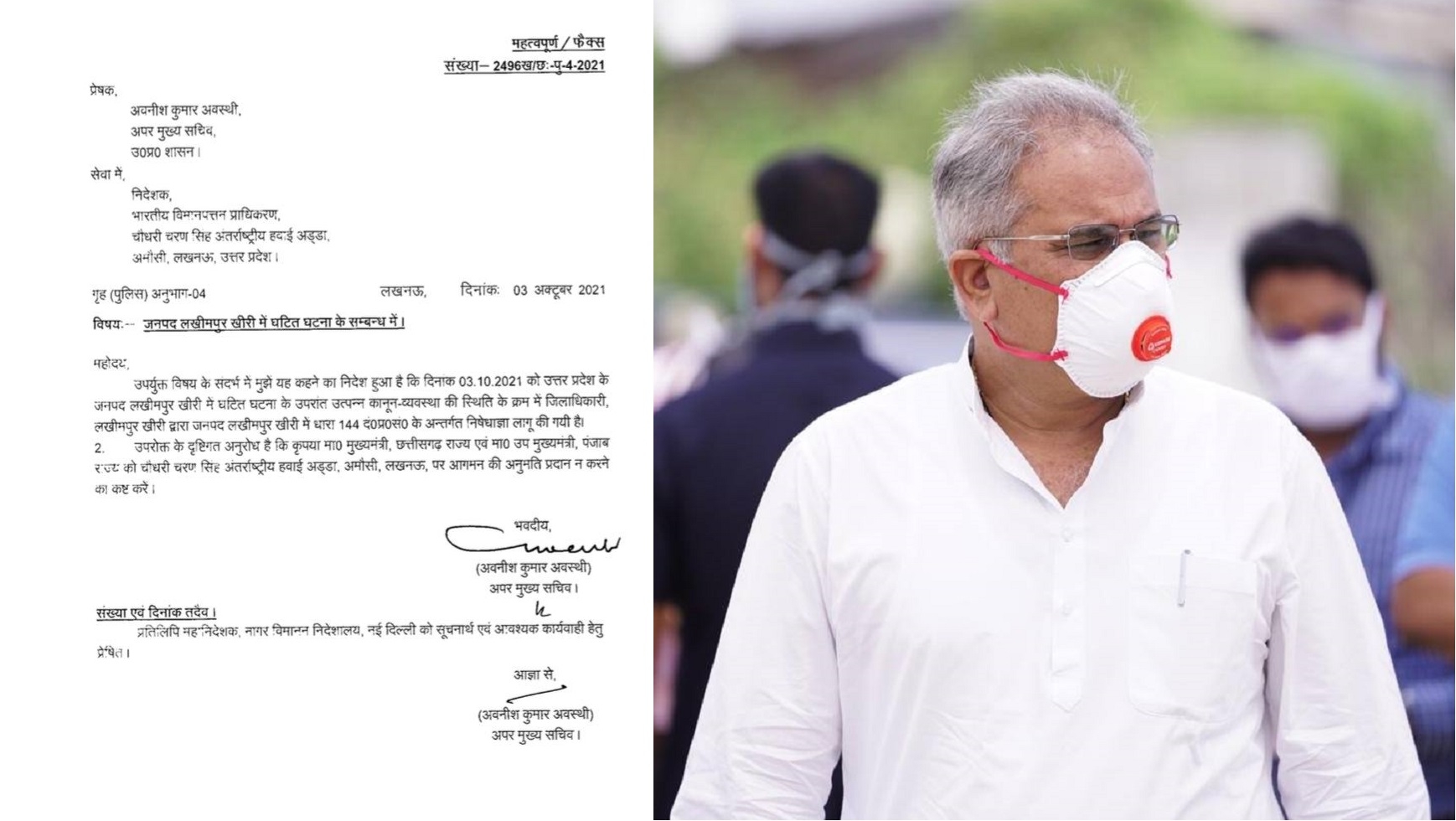 A letter written by Awanish Awasthi, UP’s Additional Chief Secretary to the Director of Airports Authority of India (AAI) Lucknow airport mentioned both the political personalities were forbidden to enter Lucknow airport in context of Lakhimpur Kheri incident.

The ACS letter further said, owing to law and order situation section 144 was enforced in the area.

A car from UP’s Minister Ajay Kumar Mishras’ convoy ran over the protesting farmers, followed by violence resulting in the death of eight people including four farmers on Sunday.

A clip that went viral on the internet showed that Priyanka Gandhi was engaged in a confrontation with the UP police. She was detained on her way to Lakhimpur Kheri. However, after Priyanka Gandhi was detained, on Monday morning, CM Baghel tweeted the order copy and said, UP government has issued an order which prohibits me from entering into the state. He asked whether civil rights were suspended in UP. If section 144 was implemented in Lakhimpur, then why is it stopping me from landing in Lucknow, Autocratic government, Baghel questioned.

Priyanka Gandhi was going to Lakhimpur Kheri to meet the families of the farmers who were killed in the incident, was purportedly stopped, and manhandled by UP police on the instructions of the UP government, Baghel said.

The incident of Lakhimpur Kheri has shocked the nation. The way protesting farmers are murdered reflect the thought of BJP towards farmers, CM Chhattisgarh alleged.

Meanwhile, Congress also said in a tweet that the UP government is stopping publicly elected CM. The government’s action was an insult to the people of Chhattisgarh. 'No law and order, no justice': Criticism for UP police and govt floods social media after Lakhimpur...

Moreover, a murder case has been registered against Ajay Kumar Mishra's son for allegedly running a car over the protesting farmers. Several other people were also booked by the police in the incident.

The UP government announced compensation to the deceased’s family and the injured. Also promised a higher-level impartial probe.