While the rescue operation is still on after a major landslide incident was reported in Himachal Pradesh's Kinnaur district, the Indo-Tibetan Border Police(ITBP) informed that the death toll in the incident has gone up to 4.

So far 14 people have been extricated as rescue operations were launched to free others feared trapped in the debris, police said.

A truck, a state-run bus and other vehicles were buried in the landslide that occurred over a large stretch on the highway near Nigulsari, 61 km from Reckong Peo, the district headquarters of Kinnaur.

However, there was no official confirmation about the number of people missing in the disaster. The Himachal Road Transport Corporation bus was on its way to Hardwar from Rekong Peo via Shimla.

Local legislator Jagat Singh Negi said told the media that 25 passengers were in the bus. The driver of the bus was rescued and has been hospitalised.

Chief Minister Jai Ram Thakur told reporters in Shimla that he directed the Kinnaur administration to speed up relief and rescue operation.

#WATCH | ITBP personnel rescue a man trapped in the debris of a landslide on Reckong Peo-Shimla Highway in Nugulsari area of Kinnaur, Himachal Pradesh

As per the state govt's latest information, nine people have been rescued & one person has died. Search operation is underway pic.twitter.com/NZ46tpg1Se

"The exact casualties in the landslide are yet to be ascertained. Sensing the gravity of the situation, the NDRF (National Disaster Response Force) has been summoned for rescuing the people," he said. Prime Minister Narendra Modi and Union Home Minister Amit Shah spoke to Thakur and assured him of all possible help.

This is the second major natural disaster in Kinnaur. Last month, nine people, most of them tourists, were killed by a landslide as boulders fell and hit the vehicle they were travelling in. 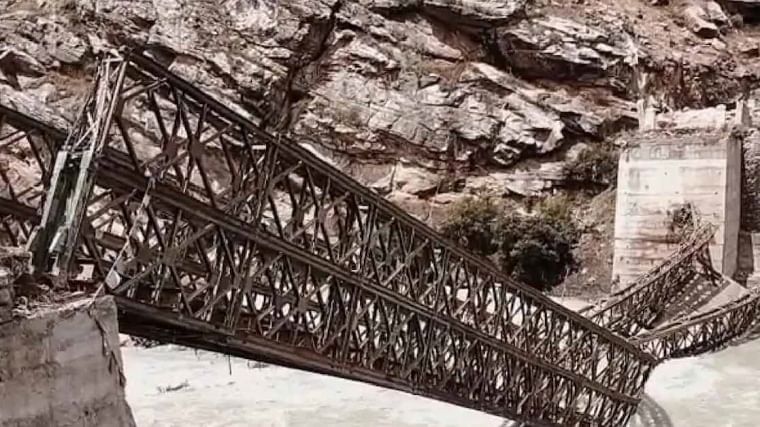