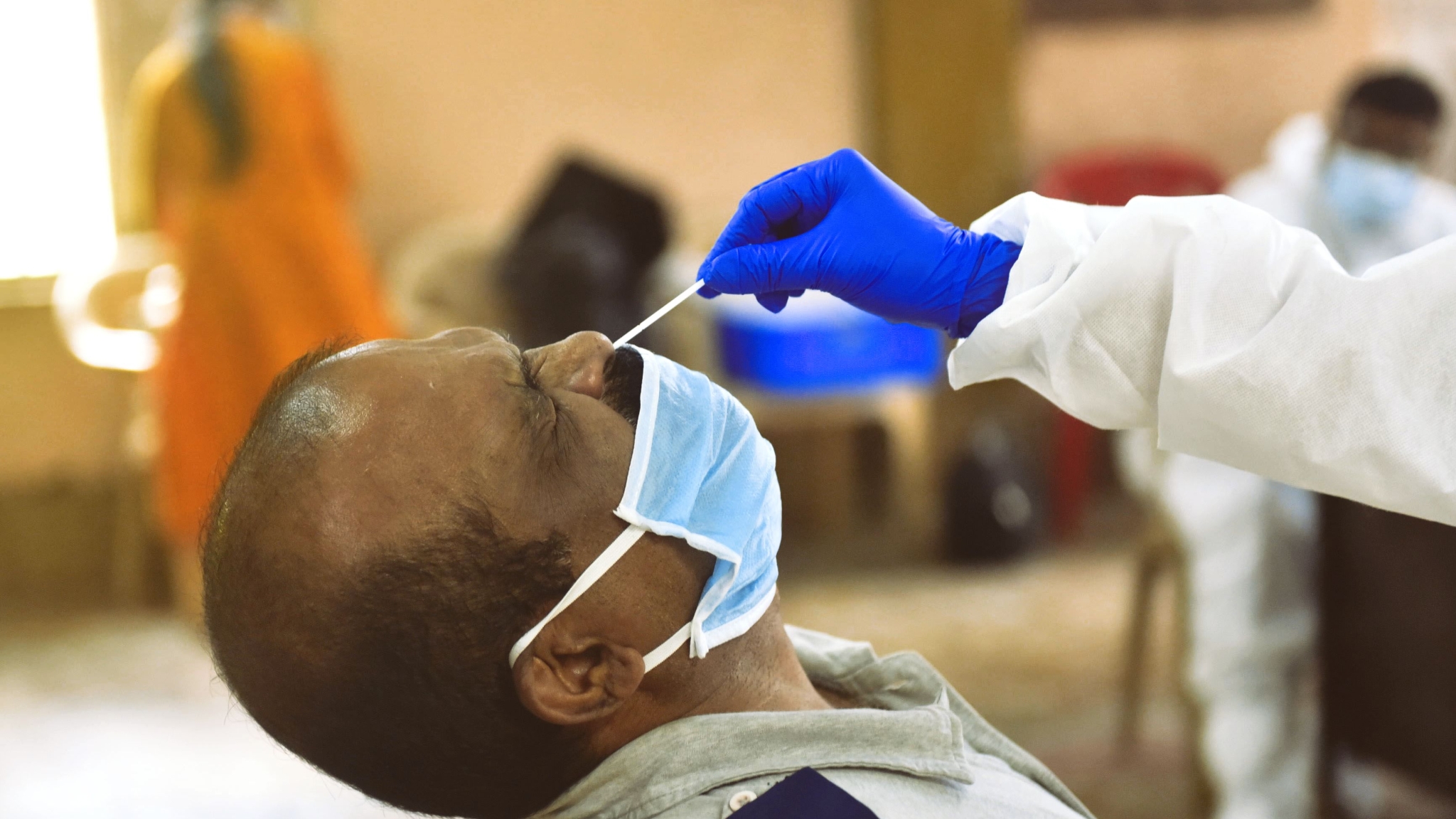 Kerala on Wednesday reported over 30,000 daily virus cases, after a gap of three months, while its Test Positivity Rate (TRP) rose to 19 per cent.

The southern state on Wednesday logged 31,445 fresh coronavirus infections and the toll mounted to 19,972 with 215 new deaths.

The TPR on Wednesday crossed the 19 per cent mark, according to a state government release.

While the latest surge pushed the the total infection count to 38,83,429, the government announced an intensive screening programme to reduce further spread of the contagion.

After the Onam festivities, medical experts had predicted that the TPR would go beyond 20 per cent and the number of infections would rise further.

Since July 27, after the Bakrid celebrations when restrictions were relaxed for a few days, Kerala has been logging more than or close to 20,000 cases almost every day.

The release further said that as many as 20,271 people have been cured of the infection since Tuesday, taking the total recoveries to 36,92,628 and the number of active cases to 1,70,292.

Of the new cases, 123 were health workers, 138 from outside the state and 29,608 infected through contact, with the source of the contact not being clear in 1,576 cases, the release said.

There are currently 4,70,860 people under surveillance in various districts. Of these, 4,44,278 are in home or institutional quarantine and 26,582 in hospitals.

With the rise in COVID-19 cases in the state, state Health Minister Veena George said an intensive screening/testing program has been launched to detect as soon as possible who all are infected with coronavirus and to reduce further spread of the pandemic.

In a Facebook post, she said testing will be maximised in low vaccination districts and people should voluntarily get tested.

She said that sample collection will be done directly in the cluster areas and through camps and steps have also been taken to provide the test results without delay.

All those who are suffering from fever, cold, and sore throat or are susceptible to these diseases and those who have been in contact with COVID positive persons should be screened for the virus, the minister said.

She further said that people with respiratory problems and serious illnesses should be examined to make sure they are not infected by COVID-19, even if they have only minor symptoms, as such people can be severely affected if they are infected with coronavirus.

If anyone who has attended a public ceremony or event, like a wedding or funeral, tests COVID positive, everyone who was there at such events should get tested, she said.

Meanwhile, the Opposition Congress picked holes in the virus management system in the state and urged the LDF government to immediately release the health data in this regard.

Leader of the Opposition in the state Assembly, V D Satheesan alleged that the COVID control system in the state has failed and wanted the government to revive its existing strategies and methodology for the disease management.

"Though the total number of COVID patients had crossed 38 lakh mark in the state, the government is still hiding the health data related to it. This will prevent evolving strategies to fight the third wave of the disease," he told a press meet here.

The lack of data analysis has seriously affected even the research activities in the southern state, the leader added.

Alleging that the contact tracing system in the state is a failure in finding out the infected, he said its ratio in Kerala is just 1:1.5, though at least 20 people have to be tested if a person is found to have been affected with the disease.