The brand new Thar was given to the temple as an offering by Mahindra and Mahindra as part of a practice to donate any new model they launch at the Guruvayur temple.
K Raveendran 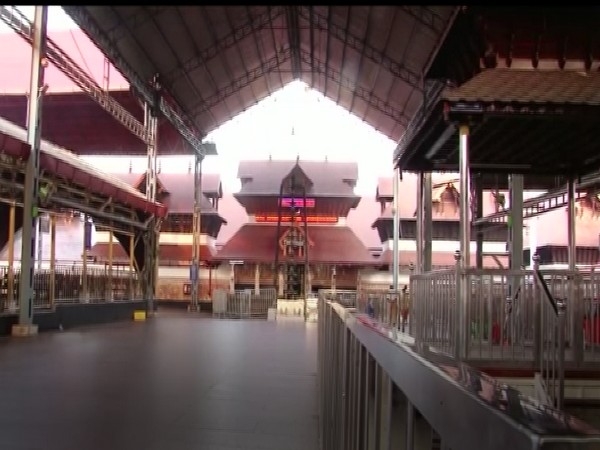 The Guruvayur Dewasom Board, which manages the famous Sri Krishna temple at Guruvayur, has refused to hand over a Mahindra Thar to the highest bidder in an auction because he is a Muslim.

The brand new Thar was given to the temple as an offering by Mahindra and Mahindra as part of a practice to donate any new model they launch at the Guruvayur temple.The Dewasom Board decided to auction the vehicle with a reserve price of Rs15 lakh. An agent of Amal Mohammed Ali, a resident of Ernakulam and based in Bahrain, bid an additional Rs 10,000 on the base price and won the bid.But when it came to handing over the vehicle, the board developed cold feet as opinion among the board members was divided about the propriety of handing over a vehicle received as an offering to a Muslim.Board chairman K B Mohandas said that the temple’s governing council was divided over handing over the vehicle to Amal Mohammed Ali, although he was the successful bidder. Ali’s agents said it was most unfair.Mohandas said the governing council will now meet on December 21 to make a decision. Amal Mohammed Ali has, however, threatened to take legal action if the vehicle is not transferred in his name.Thar, the new generation SUV launched by Mahindra, was given to the temple on the fourth of this month. The vehicle, with a price range of Rs 13 lakh to 18 lakh, has been a market hit and particularly popular with millennial owners, according to the automaker.The fancy SUV has already become the top-selling SUV in the country and received 19 awards, including a four-star rating, out of five, in the global Encap crash test. After launching the new vehicle on last year’s Independence Day, the automaker launched a second-generation version in October.The vehicle retains the overall look of the old Mahindra jeep, but incorporates several new features and accessories common to its class, which have made it popular among families.