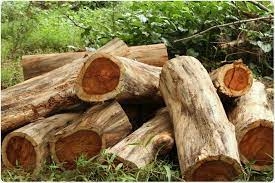 Opposition UDF, led by new opposition leader VD Satheeshan, has made an impressive debut, exposing the first major scam of the second Pinarayi Vijayan government, involving the illegal felling of costly rosewood trees in the Muttil village of Wayanad. As more details of the racket emerged, it appears to be a state-wide operation by the gang, with the help of a government order issued at the fag-end of the first term of the Pinarayi Vijayan government.

To add to the discomfort of the government, it has now become clear that the racket was carried out with the knowledge of the then forest minister K Raju. Incumbent forest minister AK Saseendran has tried to wriggle out of the incident by blaming his predecessor, who was denied a ticket in the election by his party CPI. Congress MLA PT Thomas introduced another layer to the controversy by producing a photograph of Chief Minister Pinarayi Vijayan shaking hands with the central character in the smuggling operation.

The timber mafia used a government order issued on October 24, 2020, that helped it to steal the timber by misleading the tribals and small farmers in Muttil village. The farmers were told that 60% of the money of the trees cut from their land would go to the government and that they would get 10 %.

The racket was brought to light by timber exporters of Kochi, who alerted the forest department to the effect that a timber trading company Surya Timbers, owned by one Rogi Augestine, had brought rosewood timber worth Rs 18 crore, but without due authorisation from the government.

BJP, embarrassed by a series of clumsy events, including Kodakara havala heist and bribing of party chief K Surendran’s namesake to withdraw from contest in his Manjeshvaram constituency, has used the timber smuggling to deflect criticism.

Surendran, currently in Delhi, has impressed upon the central government to launch its own investigations into the illegal felling of forest trees. Accordingly, Union Environment Minister Prakash Javadekar has sought a report on the felling and smuggling of centuries-old rosewood trees from the forest land in Wayanad.