Thiruvananthapuram: The Kerala assembly will pass a unanimous resolution expressing solidarity with the people of Lakshadweep in their protest against the new reform measures introduced by Praful Patel, the new central administrator.

The resolution will be passed after the house meets for the Governor’s address and the debate on it. The Speaker has considered the matter and steps have already been initiated for the preparation and passage of the resolution.

All parties in Kerala, except the BJP, are opposed to the actions of the central administrator, which are seen targeting the lifestyle and traditions of the Lakshadweep people as part of a plan to push the RSS agenda.

Since BJP does not have any member present in the assembly, there should not be any problem for the unanimous passage of the resolution.

In continuation of the arbitrary administrative measures launched by Praful Patel, a number of employees of the dairy development department have been transferred. The administrator’s action relating to dairy development, including the closure of dairy units, had caused much resentment among the people.

In a most controversial move, Praful Patel clamped down on the use of air ambulances for transferring patients needing critical care to the mainland and formed a committee which would review such requests before granting permission.

Meanwhile, Lakshadweep collector Askar Ali held a press conference in Kochi on Thursday, where he sought to explain that the reform measures were meant to secure the future of the island territory.

While admitting that the ban on cow slaughter is being enforced strictly on the island, the collector said the issue of liquor licences has been done to promote tourism. He claimed that the coastal evictions were meant to stop unauthorised occupation of land.

Ali asserted that the enforcement of the Goonda Act, another move that has caused resentment among the local people as a number of them have been taken into custody, was being done in view of the increasing incidents of crime and drug trafficking on the island.

While the collector was addressing the press conference, activists of DYFI and All India Youth Federation, the youth wing of the two communist parties, held a demonstration outside the venue in violation of Covid protocol. 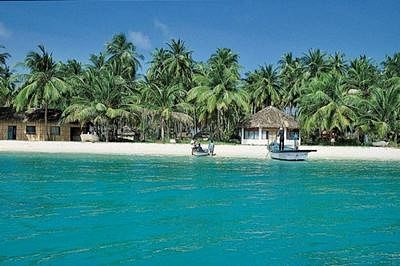