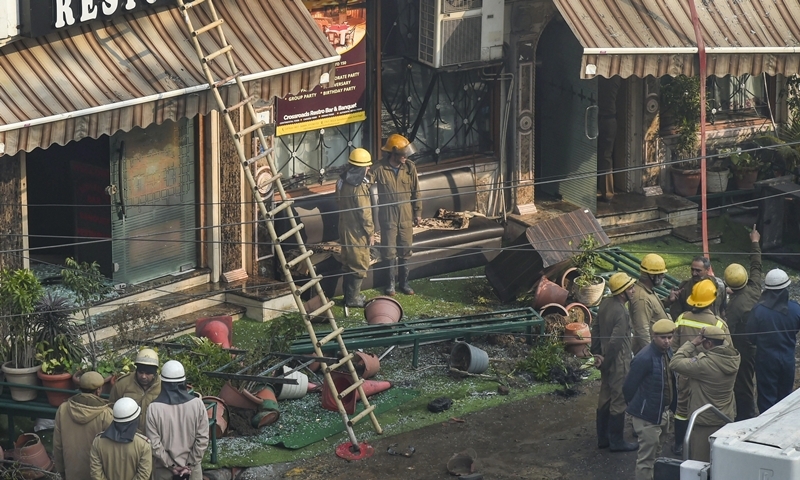 Rescue efforts being carried out after a massive fire at a hotel at Karol Bagh area. PTI Photo/ Shahbaz Khan |

New Delhi: Union minister KJ Alphons Tuesday said the emergency exit of the Arpit Palace hotel, where 17 people were killed in a fire that broke out early Tuesday, was ‘too narrow’ and also locked.

The minister, who visited the site of the tragedy in central Delhi’s Karol Bagh locality, said he was sure that there would be a violation of norms. The Union tourism minister said there were a lot of wooden structures inside, which may have helped the fire spread.

“When I headed to the emergency exit, I found that it had been locked yesterday (last night). Also, it was too narrow,” he told reporters.

“Obviously, even if people came to the emergency exit, they could not have escaped as it was too narrow and it was locked anyway,” he said.

Alphons said he spoke to the mayor and asked him to check whether all regulations were in place and to take immediate action if there was any lapse on the part of the hotel management.