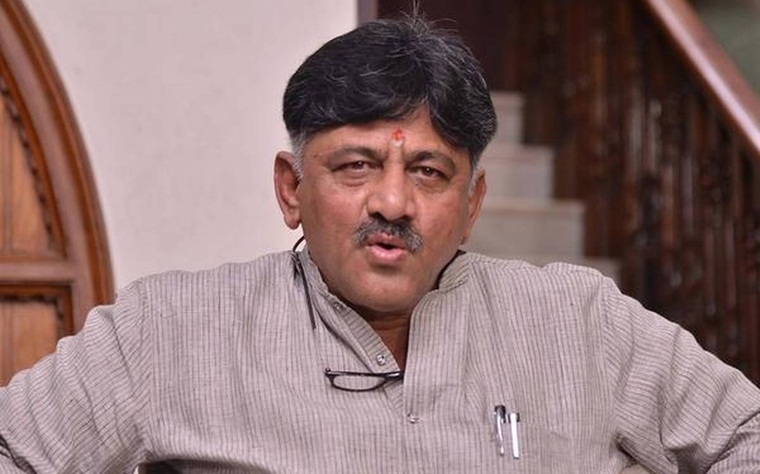 In a major embarassment for the Congress in Karnataka, a political controversy has errupted after the leak of a private conversation between former Congress MP V S Ugrappa and KPCC media coordinator Salim while attending a media briefing. According to a report, the two leaders were privately accusing state Congress chief DK Shivakumar of taking 10 per cent bribe and his aides making Rs 100 crore through collections.

In the video, KPCC media coordinator Salim is heard saying, "It (commission/bribe) was 6 per cent to 8 per cent earlier. DK (Shivakumar) made adjustments and raised it from 8 per cent to 12 per cent. Uppar (Bengaluru), G Shankar (Udupi MLA), Hanumanthappa (Ballari MLA)."

To this, former Congress MP VS Ugrappa said that Uppar was from Bijapur in Gulbarga.

Salim further said, "His house is near SM Krishna's house here in Bengaluru. This is a huge scandal and if you dig deeper, his (DK’s) name will also crop up. You are not aware sir, but Mulgund (DK Shivakumar's aide) makes Rs 50-100 crore in collections. If he made Rs 50-100 crores collection, imagine how much DK would have made."

Ugrappa is then heard, "We all made DK the president (of KPCC) and this shows everything."

VS Ugrappa and Salim also discussed how the Karnataka Congress president is of no use to the party.

They wonder if Shivakumar gets drunk because of his so-called stutter and compare him to senior leader and former chief minister Siddaramaiah. 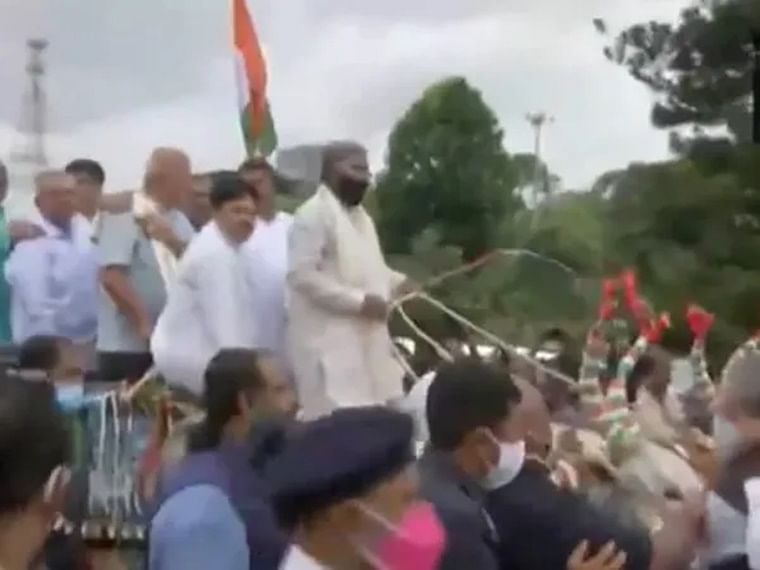 Following the leak of video, KPCC has expelled MA Salim for six years for badmouthing DK Shivakumar and a show cause notice has been sent to Ugrappa.

On Wednesday, Ugrappa had clarified that in the video, Salim was speaking of the BJP’s statements on DK Shivakumar, and not his own personal opinion of the senior leader. Ugrappa claimed that he had told Salim to not talk, but the latter had continued. He also denied the corruption allegations against DK Shivakumar and asserted, "DK Shivakumar is working for the people. Congress is far from ‘commission’ or corruption and we're trying to build a corruption-free state.”

The ruling BJP shared the video while calling it ‘interesting’.

“Former Congress MP V S Ugrappa and KPCC media coordinator Salim discuss how Party president DK Shivakumar takes bribes and a close aide of his has made between 50-100 crores in collection. They are also discussing how he stutters while talking and as if he is drunk. Interesting,” said Amit Malviya, In-charge of BJP’s National Information & Technology Department.

Former Congress MP V S Ugrappa and KPCC media coordinator Salim discuss how Party president DK Shivakumar takes bribes and a close aid of his has made between 50-100 crores in collection. They are also discussing how he stutters while talking and as if he his drunk.

Notably, in 2017, a video of former Karnataka CM and BJP leader BS Yeddyurappa and late former Union minister Ananth Kumar had gone viral in which Kumar was seen telling Yeddyurappa that they both had given money to party high command when they were in power. Kumar made the remarks while discussing the allegation that Siddaramaiah had paid Rs 1000 crore to the Congress high command. No rift in Karnataka Congress, no chief ministerial candidate will be announced for 2023 Assembly...
Advertisement