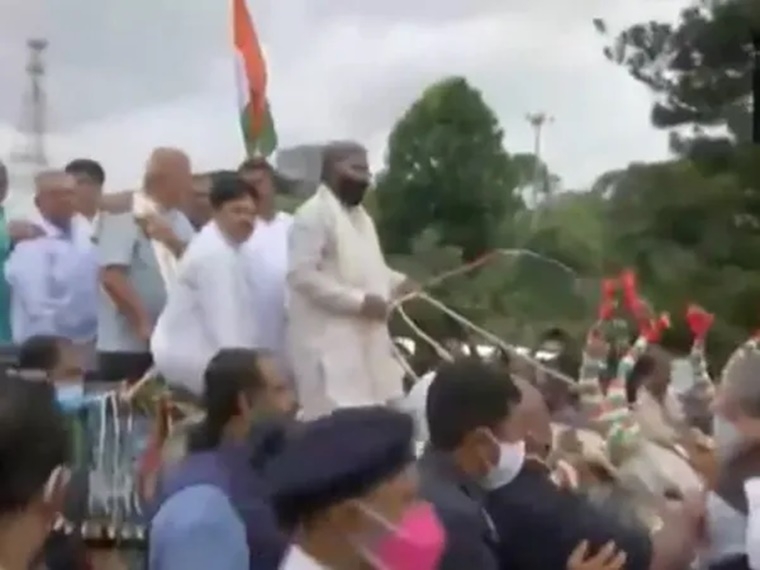 Leader of the Opposition in the Karnataka assembly Siddaramaiah and state Congress President D K Shivakumar along with other party leaders arrived at the Vidhana Soudha (the legislative assembly) on bullock carts on Monday, to register the party's protest against the price rise.

"Blaming Congress (for the fuel price hike) is totally lame...There was a loan of Rs 1,30,000, today Centre has collected Rs 24 lakh crores via excise duty. Where is Rs 1,30,000 and where is Rs 24 Lakh Crores!," Siddaramaiah told reporters.

The 10-day long session will be held from September 13 to 24, at Vidhana Soudha, the seat of state legislature and secretariat.

The BJP, after wrestling power in Mysuru City Corporation and registering a thumping win in Belagavi City Corporation election for the first time is upbeat under the new Chief Minister Basavaraj Bommai. COVID-19 management in the state has also boosted the saffron party's spirit. However, the Congress' bullock cart protest plans will embarrass the ruling BJP on the very first day of the session.

The Congress, which recently held its legislature party meeting, chaired by its leader Siddaramaiah, to discuss the party’s strategy during the session, has said it will raise the issues of price rise, deteriorating law and order situation and distressing financial position of the state, among others. This is the first session of the Karnataka legislature after Basavaraj Bommai took charge as the Chief Minister and his new cabinet assumed office, following the exit of state BJP strong man B S Yediyurappa.