Kamlesh Tiwari was stabbed 15 times, shot in the face: Autopsy

In all, six persons have been arrested in connection with the murder of Kamlesh Tiwari
IANS 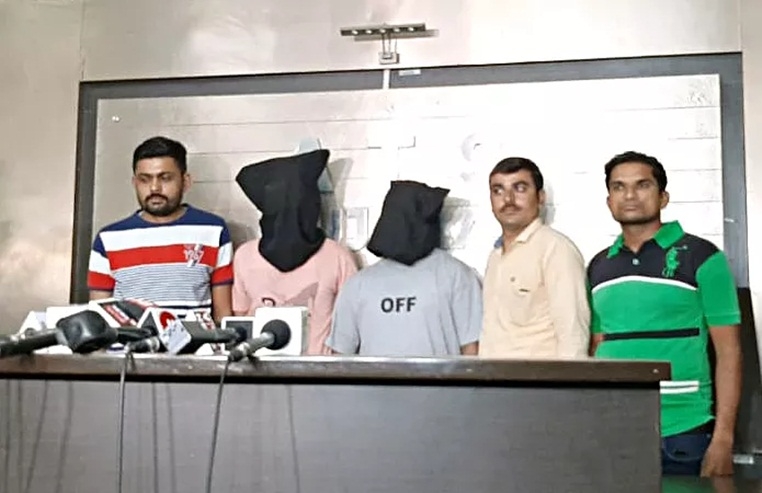 Lucknow: The post mortem report of Hindu leader Kamlesh Tiwari has revealed the gruesome manner in which he was murdered on October 18. Tiwari was stabbed 15 times, shot in the face and there was attempt to slit his throat. Under no circumstance the killers wanted Tiwari to survive.

The stabbing was centred on the upper part of body from jaws to chest. All wounds were inflicted within 10 cm of one another while two deep cut marks on the neck points to attempt to slit his throat, the autopsy revealed.

The assailants also shot him once to make sure that he did not survive the attack. The bullet was fired in his face and the doctors conducting post-mortem on his body found 0.32 bullet on the backside of the skull. The Hindu Samaj Party leader was murdered in Lucknow on Friday when the assailants came to meet him on the pretext of working for his outfit.

The two assailants -- Moinuddin and Ashfaq -- were arrested form Gujarat on Tuesday night. Both the accused are likely to be brought on transit remand to Lucknow later on Wednesday. Both are residents of Surat district of Gujarat. While Ashfaq was working as a medical representative with a reputed medical firm, Moinuddin worked as a food delivery boy.

The technical team of police was keeping surveillance on the accused and when they tried to contact their family members and friends, their location was traced. The police said the accused contacted their families after they ran out of cash. In all, six persons have been arrested in connection with the murder of Kamlesh Tiwari. Three of the accused were arrested from Surat while the other one was nabbed from Nagpur in Maharashtra.