Local Muslims and relatives of Satpal Nischal carry his body, at his residence in Srinagar, Friday, Jan 1, 2021. |
Follow us on

A 70-year-old Punjab born jeweller, who obtained a domicile certificate just last month, was killed by terrorists at a busy market in Srinagar on Thursday.

Satpal Nischal was shot dead by motorcycle-borne terrorists at his shop in Sarai Bala. He was brought dead to the nearby Shri Maharaja Hari Singh Hospital.

Having lived and worked in Kashmir for 40 years, Satpal Nischal had obtained a domicile certificate last year and purchased a house in the high security Indira Nagar area of Srinagar city in addition to a shop in the Sarai Bala area, where the terrorists shot him dead. 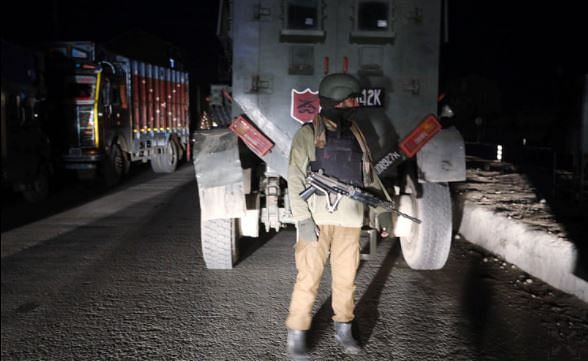 Under the new laws that followed the abrogation of Articles 370 and 35A, any citizen of India, who have lived in Jammu and Kashmir for more than 15 years, can obtain a domicile certificate and thereby own property in J&K.

Nischal had used these provisions of the law to own property in Kashmir. People belonging to outside J&K who have been living here for many decades can now buy and own property in the Union Territory after the abrogation of Article 35A. Earlier, only the subjects of erstwhile J&K state could legally own land and other immovable property.

The Resistance Front (TRF), a terror outfit, owned responsibility for the murder asserting that the new domicile law is 'unacceptable and any outsider who tries to own property here would meet the same fate'.

The TRF is believed to be an amalgam of the Lashkar-e-Taiba (LeT), Hizbul Mujahideen (HM) and Jaish-e-Muhammad (JeM) outfits.

A lesser known terror outfit calling itself the United Liberation Front of J&K has praised TRF and warned 'outsiders' not to purchase property in J&K unless they are prepared to meet the jeweller's fate.

After the murder of the Punjab-born jeweller, who lived in Kashmir for over 40 years, security forces are faced with a grim challenge.

The police have said they are investigating the case and analysing the threat perception to other domicile holders, NDTV reported.

"We have picked up a few people. One of the attackers can be seen in CCTV footage as well. We are hopeful that we will be able to track him down," a senior officer was quoted as saying by the report.