One labourer was killed and nine others were feared trapped. Three persons have been taken out of the rubble even as rescue operations are underway

An Under construction tunnel's portion has collapsed at Khooni Nalla in Makerkote area of Ramban, Jammu and Kashmir | Twitter

A labourer was killed and three rescued after a part of an under-construction tunnel collapsed on the Jammu-Srinagar national highway in the union territory's Ramban district, officials said.

Nine workers continue to be trapped in the debris as rescue operations continue. However, their chances of survival are slim, the officials said.

"Around 10.15 pm on Thursday, the audit tunnel of T3 on the highway near Khooni Nallah in Ramban collapsed, trapping 11-12 labourers of Sarla Company working there," a senior official told PTI.

The rescue operation on the national highway stretch between Ramban and Ramsu started at midnight and was going on in full swing with rock-breakers being used to reach out to those trapped, he said.

Union minister Jitendra Singh termed the collapse of a part of the tunnel "unfortunate".

"I am in constant touch with DC Mussrat Islam. Nearly 10 labour workers were trapped under the debris. Another two were rescued and hospitalised with injuries. Rescue operations are going on in full swing. Civil administration and police authorities are monitoring the situation," he said.

Two of those hospitalised are identified as Vishnu Gola (33) of Jharkhand and Ameen (26) of Jammu and Kashmir. The third person, whose name has not been disclosed, has been taken to the Government Medical College Hospital in Jammu, police said.

All of them were employed by a company tasked with auditing the tunnel, they said.

Deputy Commissioner of Ramban Massaratul Islam and Senior Superintendent of Police Mohita Sharma are at the spot along with the deputy inspector general of police, supervising the rescue operation.

Kumar, the divisional commissioner of Jammu, said the rescue operation is likely to consume more time as rock-breakers are being used to create space in order to reach out to those trapped.

Though officials claimed that the audit tunnel is only three to four metres, Kumar said, "It is not known whether they (those trapped) are inside it or outside the tunnel area. There is debris all-around." 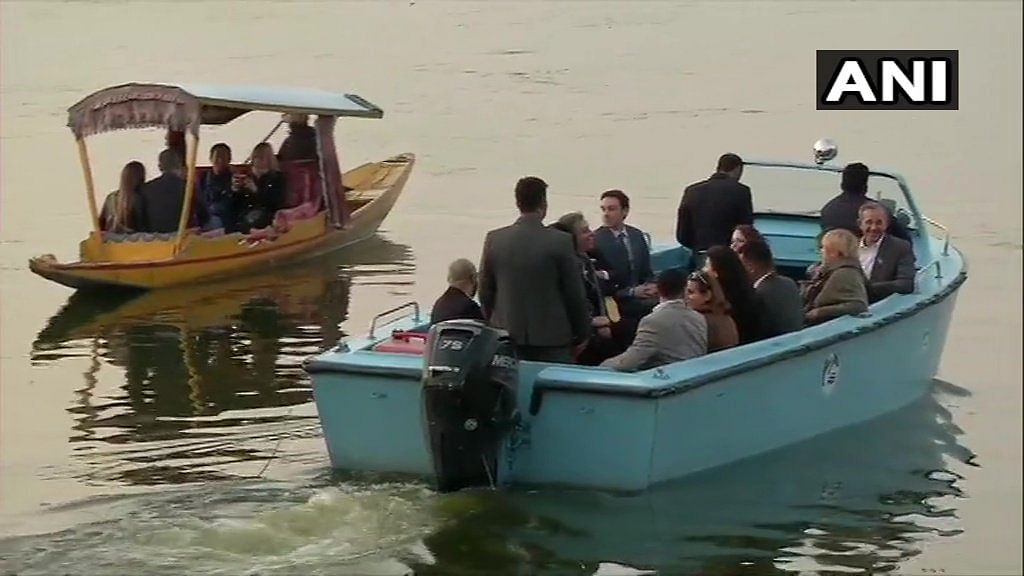