The two girls, who hail from Kerala, had become the face of Delhi's Jamia Millia Islamia University's protests against the Citizenship (Amendment) Act (CAA).
ANI 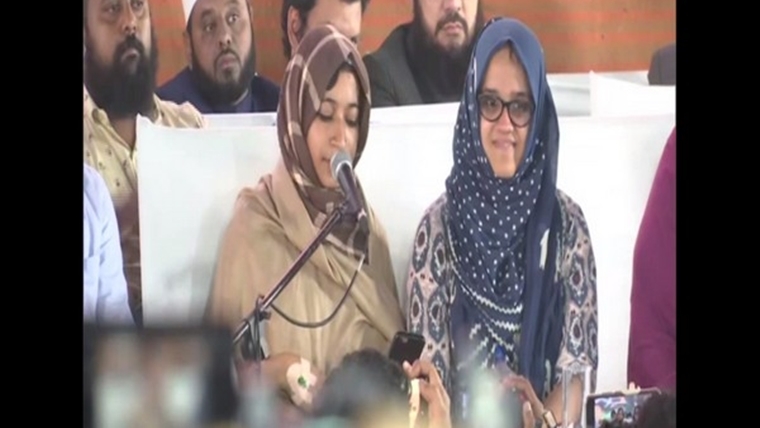 The two girls, who hail from Kerala, had become the face of Delhi's Jamia Millia Islamia University's protests against the Citizenship (Amendment) Act (CAA).

A video of Ladeeda and Aysha challenging the Delhi Police during the course of protests against the newly-enacted law had gone viral over social media.

Speaking at the rally in Darussalam, Hyderabad, Aysha said: "I demand the release of all protestors who have been illegally detained by police... I request the Chief Ministers of all non-BJP ruled states to stop the procedure of the NPR (National Population Register)."

Ladeeda said, "We all know that our fight for justice is not complete without meaningful solidarity from people of other faiths, ideologies and communities."

Protests have intensified in several parts of the country after the Parliament gave the nod to the Citizenship (Amendment) Bill, 2019, which became an Act after getting assent from President Ram Nath Kovind.

The Act grants Indian citizenship to refugees from Hindu, Christian, Sikh, Buddhist and Parsi communities fleeing religious persecution from Pakistan, Afghanistan, and Bangladesh who entered India on or before December 31, 2014. 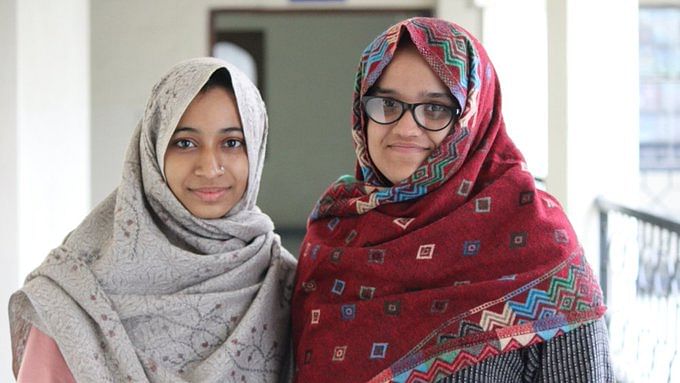