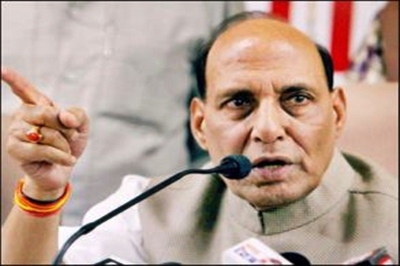 New Delhi : The Government has expressed serious concern over radicalisation of youths through social media and other online forums.

Singh emphasised on better coordination between the Central and State agencies to check the threat of ISIS. He said ISIS has been trying to enhance its foothold in India’s neighbourhood – Bangladesh and Afghanistan. Prime Minister Nadrendra Modi inaugurated the conference.

The Union Home Minister said security situation in Jammu and Kashmir was much better this year than the previous years, as security forces have done commendable job in controlling activities of terror groups. He added that the situation in the Left Wing extremism affected states is fast improving but a multi-pronged approach is needed to tackle the situation.

Singh said that due to the personal interest taken by Prime Minister Narendra Modi, the Naga problem had been resolved this year. He hoped that the framework agreement the Government has reached with the NSCN (IM) would soon pave the way for the resolution of the Naga problem.