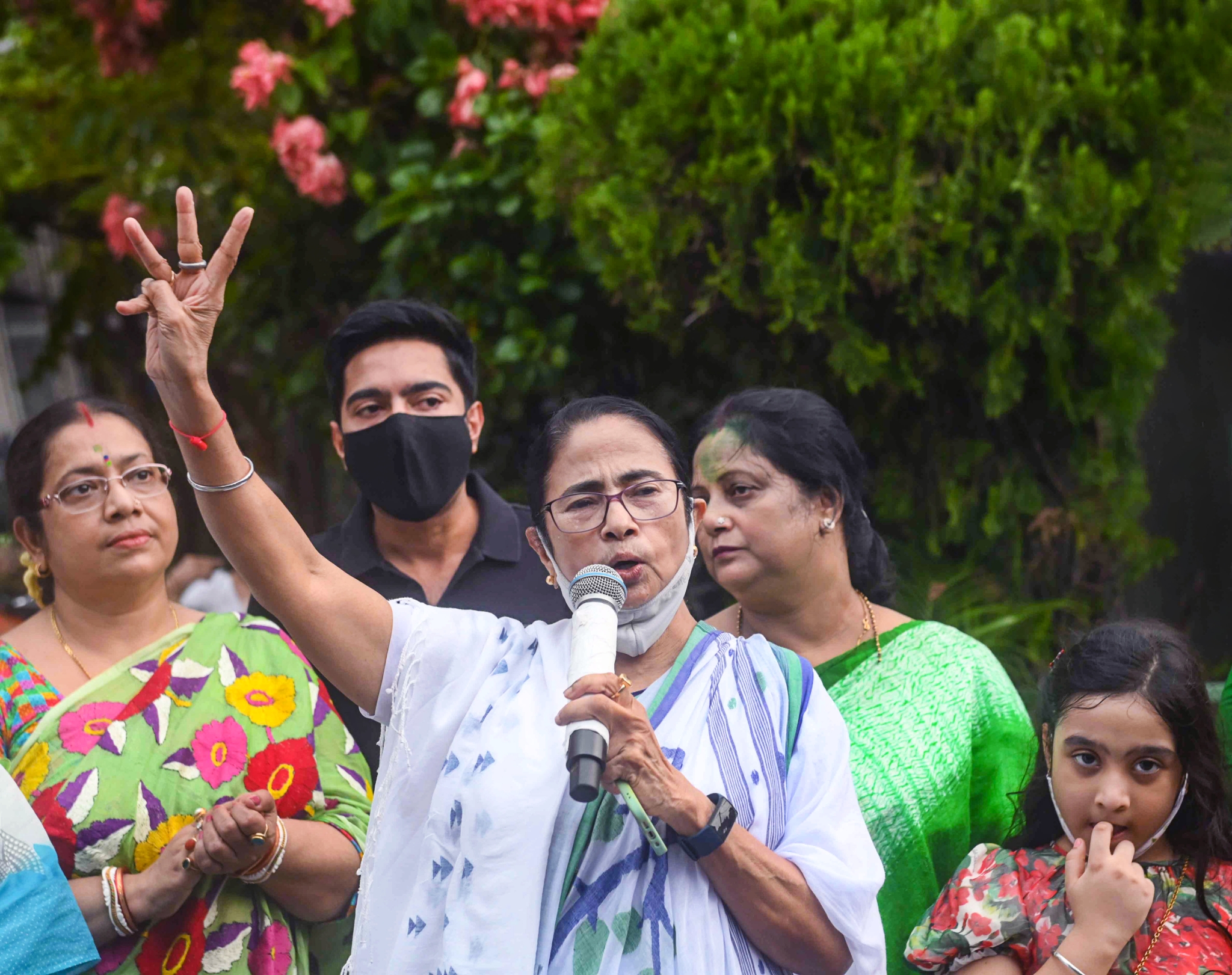 "This is a very sad and unfortunate incident. I have no words to condemn this incident. They (BJP govt) don't believe in democracy, they only want autocracy. Is this 'Ram rajya'? No, this is 'killing rajya'," news agency ANI quoted Banerjee as saying.

The Congress, meanwhile, has demanded the immediate dismissal of Union Minister of State for Home Ajay Mishra and the arrest of his son who has been named in an FIR by the Uttar Pradesh Police after the death of eight people, including four farmers, in violent clashes in Lakhimpur Kheri.

"We demand that Union minister Ajay Mishra should be immediately dismissed from his post and his son arrested forthwith. We also demand that the minister should be booked for the same offence as his son as he is trying to protect him," Chhattisgarh Chief Minister Bhupesh Baghel told reporters.

"The compensation amount should be Rs one crore to each of the farmers killed in the violence. The Union minister should be dismissed first, the manner in which he is out to protect his son. He should also be booked and the same cases should be registered against the minister as those on his son," he said.

Earlier in the day, the Uttar Pradesh government has announced that a retired High Court judge will probe the Lakhimpur Kheri violence and that the families of the four farmers killed in the incident will be given Rs 45 lakh compensation.