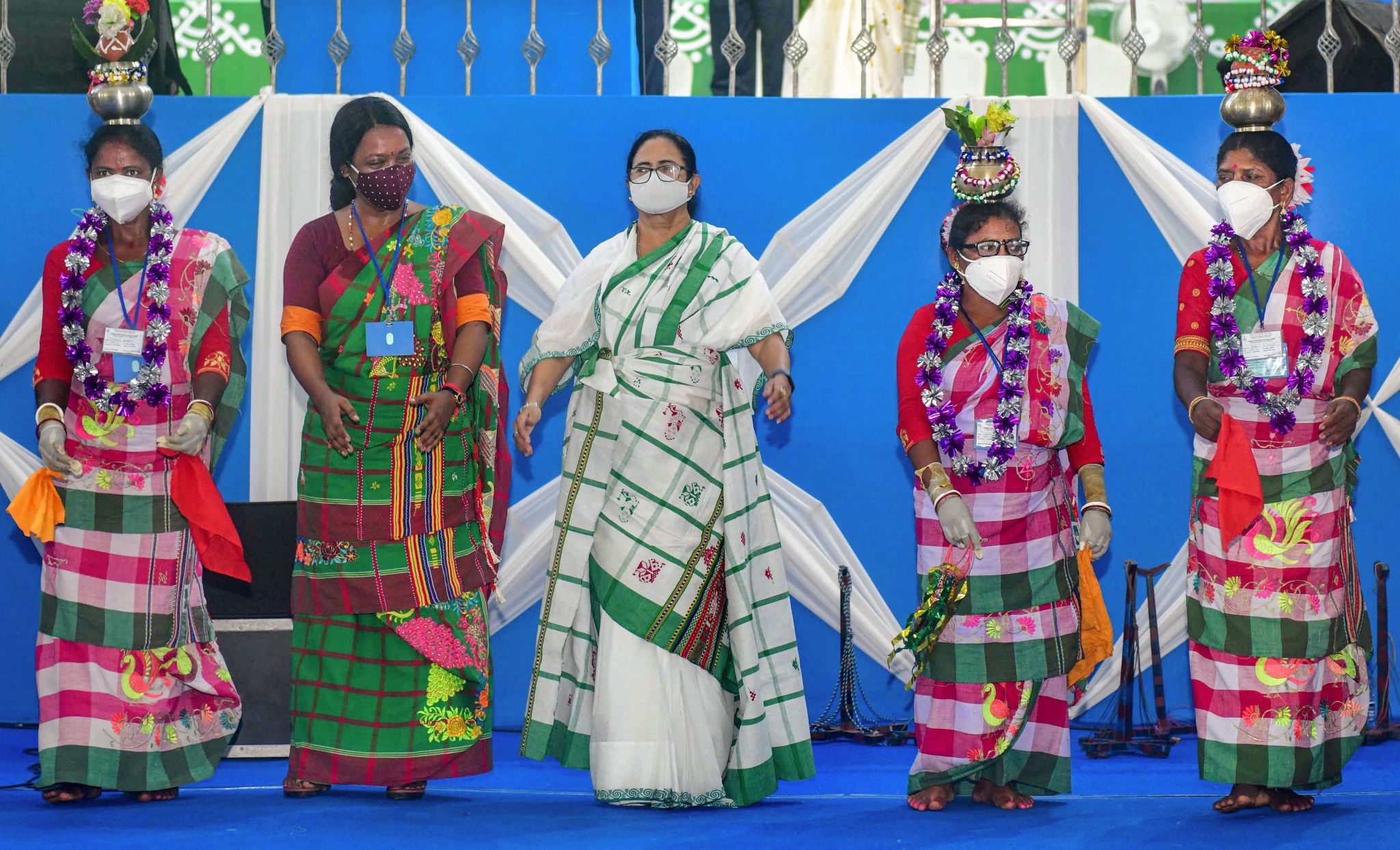 Jhargram: After winning most of the Assembly seats in Jungle Mahal that TMC lost in the 2019 Lok Sabha elections, West Bengal Chief Minister Mamata Banerjee for the first time visited Jhargram to win over confidence of the SC, ST and OBCs.

Addressing the people on World Tribal Day, Mamata announced a comprehensive plan to develop the region with focus on health, education, and enhancing other government services including Duare Ration (ration at doorstep) and Duare Sarkar (Government at door step).

“Every woman should go and get their names enrolled in both health insurance card and monthly income scheme during Duare Sarkar starting on August 16. We will build 500 schools that would teach in Alchiki and West Bengal will be the only state that will have an alternative system of learning in tribal language for the tribal,” said Mamata adding a new university is also being built in Jhargram. 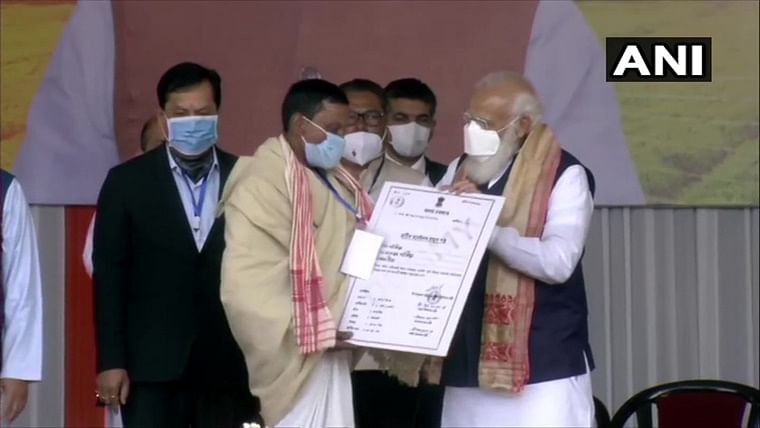 The West Bengal Chief Minister had also announced that the tribal people will get caste certificates within 100 days, a promise also made by the Union Home Minister Amit Shah in his Jungle Mahal poll campaigns during the assembly polls early this year.

“We have already decided to provide the caste certificates within a span of 100 days. More than 95 percent people in Jhargram have received services from the government,” further mentioned Mamata.

Notably, the Jungle Mahal region is dominated by SC-ST and tribal population who are poverty stricken.