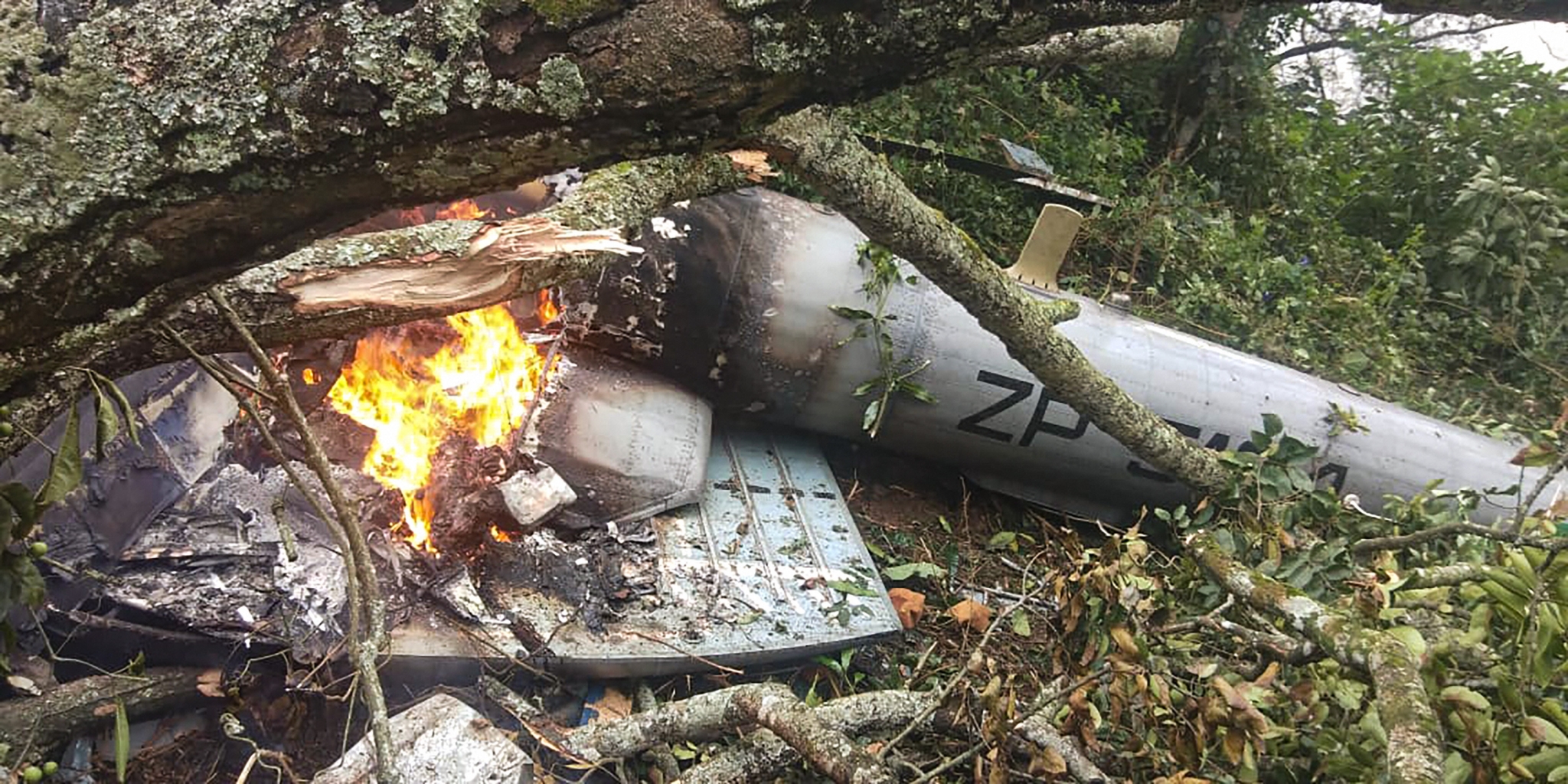 Coonoor: Wreckage of the crashed IAF Mi-17V5 helicopter, in Coonoor, Tamil Nadu, Wednesday, Dec. 8, 2021. CDS Gen Bipin Rawat, his staff and some family members were in the chopper. | (PTI Photo)

A case was registered by the police on Thursday in connection with the Indian Air Force (IAF) helicopter crash near here on December 8 that killed the Chief of Defence Staff, General Bipin Rawat, his wife and 11 others, and initiated a probe into the matter.

The Nilgiris district police registered the FIR under Section 174 of the Code of Criminal Procedure (CrPC) and ADSP Muthumanikam was appointed as the investigation officer, official sources said. A probe is underway.

Police were using drone camera near the crash site as part of the investigation.

An IAF helicopter crashed at Katteri-Nanjappanchathram near here on Wednesday, killing India's first CDS, General Rawat, his wife and 11 other military personnel, with only one of the 14 passengers in the copter surviving the crash.

Meanwhile, two minor accidents were reported when the bodies of the crash victims were being transported to Coimbatore, from where they would be flown to New Delhi.

In one of the incidents in Karamadai, on the outskirts of Coimbatore, an ambulance carrying the body of one of the deceased hit another moving in the front.

As a result, the vehicle got stuck and the mortal remains were shifted to another ambulance to be taken to the Sulur Air base in the city for the onward journey to the national capital, officials said.

Earlier, a police vehicle, escorting the ambulances carrying the bodies, met with an accident near Barliar. A few policemen sustained minor injuries, they said.

Meanwhile, in order to pay homage and as a mark of respect to the crash victims, shops, commercial establishments and hotels in Udhagamandalam in the Nilgiris decided to down shutters on Friday.

Udhagamandalam, popularly known as Ooty, is 17 km away from the crash site and is a sought-after tourist destination.