Congress General Secretary Priyanka Gandhi on Monday sat on a hunger strike following her detention on the way to meet the families of farmers killed in the wake of violence during an anti-farm laws protest the previous day.

Following her arrest, she said that she was pushed by Uttar Pradesh Police. "I was pushed, my colleagues were beaten. We were pushed inside the jeep without our consent", Priyanka told NDTV from a government guest house in Sitapur where she was detained.

"They (Uttar Pradesh police) were taking me somewhere without my consent. Isn't that kidnapping?", Priyanka added.

"I’m not committing any crime by deciding to meet the victims’ kin…Why are you stopping us? You should have a warrant,” the Congress leader said after being detained.

"If you can arrest us, why not the murder-accused minister's son," the Congress leader told NDTV. She called it a "complete collapse of the democratic, legal process" in Uttar Pradesh, where the Yogi Adityanath-led BJP government is in power.

On Sunday, four farmers were among eight persons killed in UP’s Lakhimpur Kheri after a convoy of three SUVs, including one owned by Union Minister of State for Home Ajay Mishra, hit a group of farm protesters leading to a clash. 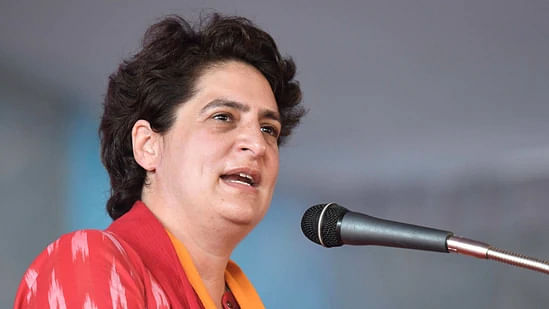