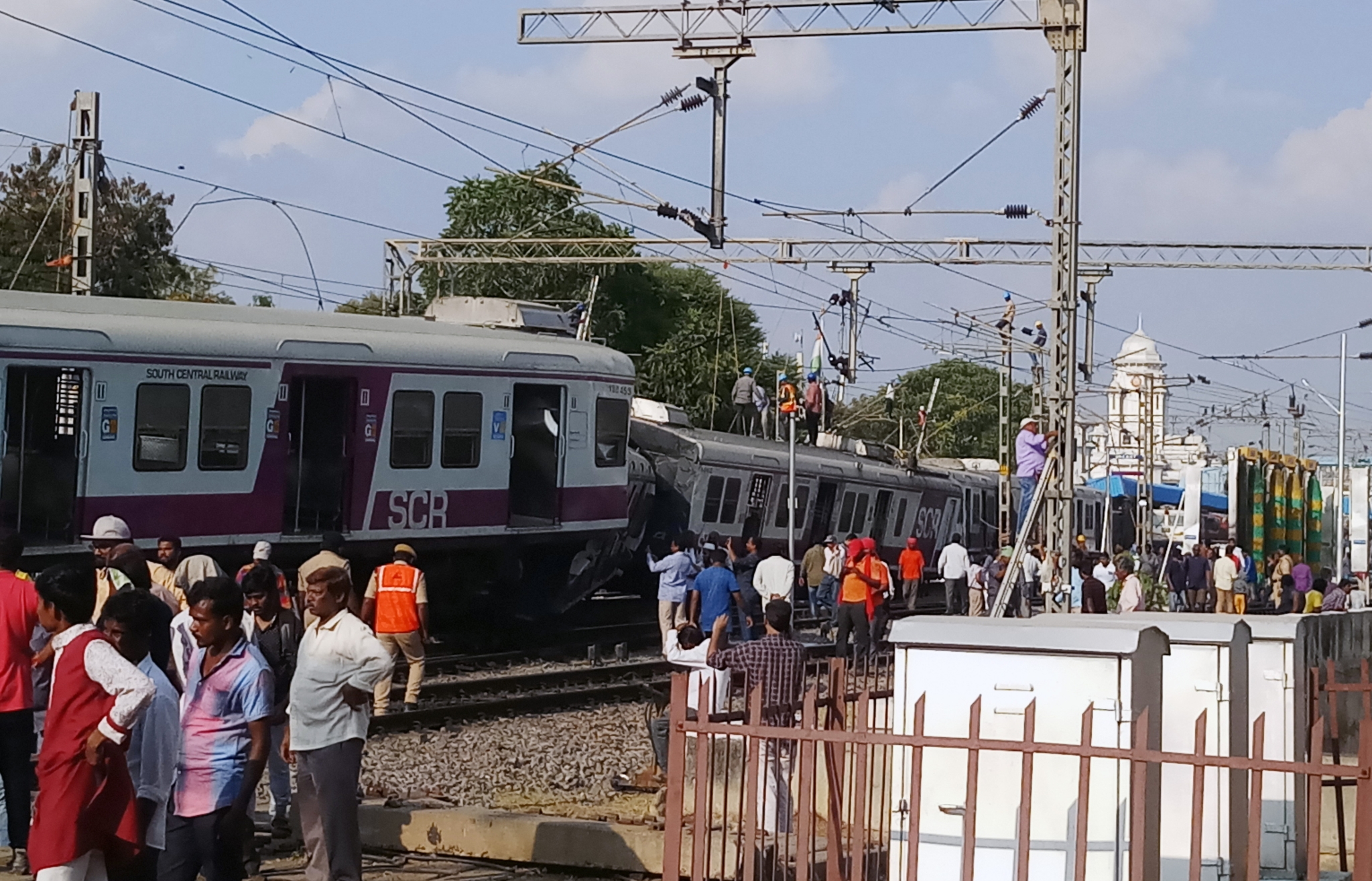 Hyderabad: The train collision that left 17 people injured here occurred due to "human error" on the part of a loco pilot, now in a critical condition in a hospital, and he has been booked on charges including endangering public safety, railway and police officials said on Tuesday.

A day after the mishap involving two slow moving trains at Kachegowda Railway station, a South Central Railway official said that according to the preliminary information, suspected human error appeared to be the cause of the accident as the MMTS train had overshot the signal. Prima facie it appears to be human error as per available evidences. The Commissioner of Railway Safety will dig deep and go into the complete details of the train operation and inspect all the available records and evidences and come to a final conclusion, the official told PTI.

In every inquiry there were different angles. The Commissioner of Railway Safety would hold the statutory inquiry on Wednesday and public can come and give evidence, the official said adding notices in this regard have been put up at Secunderabad and Kacheguda railway stations.

The Lingampalli-Falaknuma multi-modal transport system (MMTS) apparently overshot the signal and collided with the Kurnool-Secunderabad Hundry Intercity Express (17028) at 10.41 am on Monday, leaving 17 people, including the loco pilot, injured.

Meanwhile, Railway police said a case had been registered against MMTS loco pilot Chandrasekhar under IPC sections 338 (Causing grievous hurt by act endangering life or personal safety of others), 308 (Attempt to commit culpable homicide) and other relevant sections.

"His statement will be recorded (during the course of investigation)", a senior Government Railway Police (GRP) official told PTI. The loco pilot was being treated for multiple problems and had been put on ventilator at a private hospital, a doctor told reporters here.

He has suffered multiple injuries, including rib fractures. "Condition is critical. Treatment is being given by all experts... by critical care orthopaedics...," she said.

Chandrasekhar, trapped in the mangled cabin, was rescued after an eight-hour operation involving multiple agencies. Of the 16 injured passengers, nine were discharged from hospital on Monday itself. Seven others were undergoing treatment, hospital sources said. 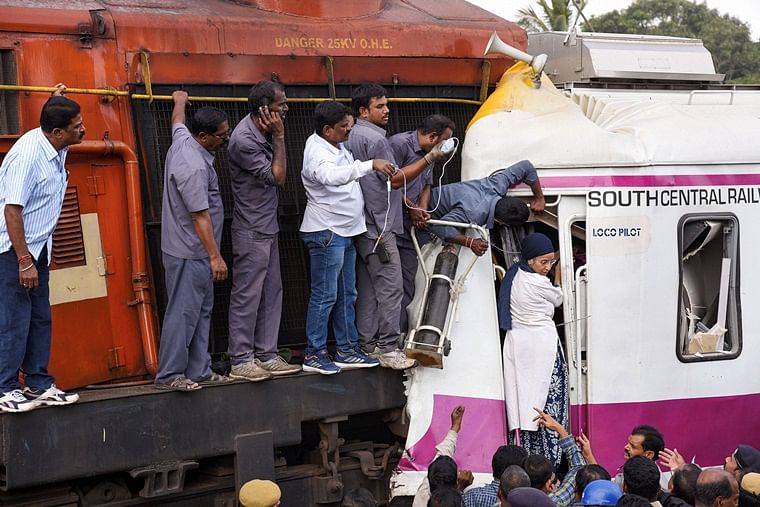