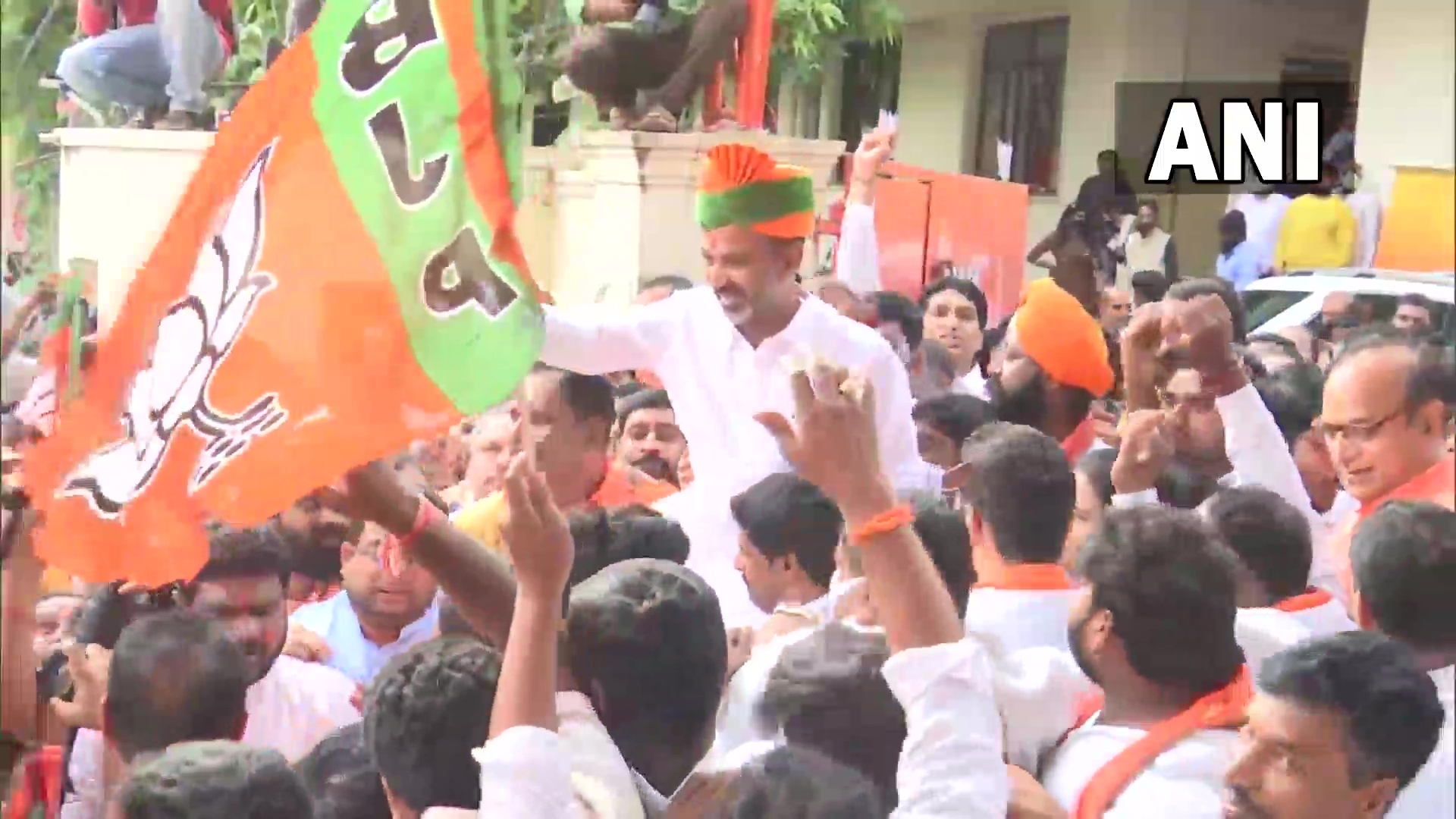 Hyderabad: In what could be termed as a turning point in Telangana politics Eatala Rajender of BJP retained his Huzurabad seat by unseating the TRS from the place by over 24 thousand votes on Tuesday. The BJP nominee defeated the ruling TRS nominee Gellu Srinivas Yadav in a head-to-head fight in the multi-cornered contest. Eatala has been holding this seat for the past four terms but was compelled to resign to his MLA post after being sacked from the KCR ministry on account of land grabbing charges.

In Tuesday’s counting Eatala dominated the twenty-two rounds and inched to the spectacular win in the 22nd round. The TRS has made all out efforts to clinch this seat from the BJP man but Eetela joined BJP in a strategic mode.

The victory of Eatala was complete as he gained upper hand in all the five revenue mandals spread across the segment. TRS man Gellu Srinivas Yadav gave some token challenge in two rounds of counting by getting the better of Eetela.

Congress party suffered the worst ever drubbing in the segment and its nominee Balmoor Venkat lost his deposit by securing just below four thousand votes.