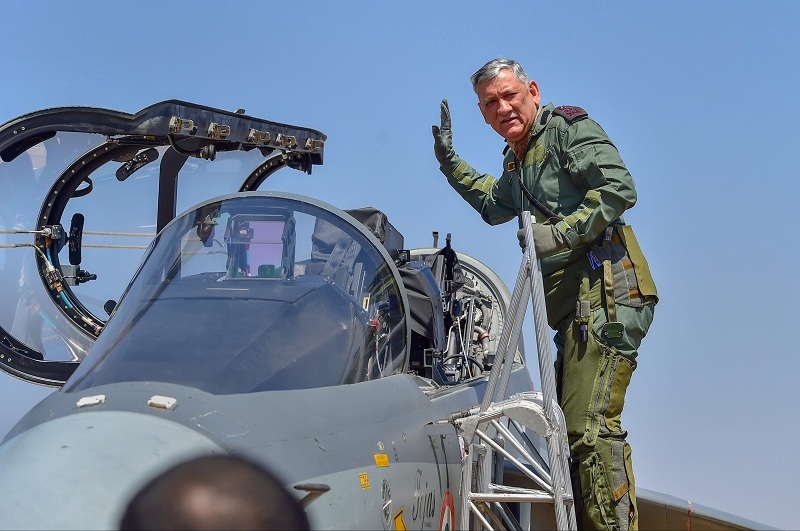 The Indian Air Force on Wednesday paid heartfelt condolences on the demise of Chief of Defence Staff (CDS) General Bipin Rawat, his wife Madhulika Rawat and 11 others who died this morning after a military helicopter carrying them crashed in Tamil Nadu's Coonoor.

Check out the full statement by the Indian Air Force:

All personnel of Indian Air Force express their deepest condolences on the untimely passing away of India's first Chief of Defence Staff General Bipin Rawat and Mrs Madhulika Rawat, along with 11 other Service personnel in an unfortunate helicopter crash around noon today.

General Bipin Rawat, was at the helm of affairs as the 27th Chief of Army Staff before taking over as Chief of Defence Staff on 01 Jan 20.

His vision was the guiding light in pursuing indigenisation in the Indian Armed Forces. He will also be remembered for his efforts in enhancing jointness between the three Services.

The persona and grace of Mrs Madhulika Rawat, President DWWA, would be missed by everyone. The contribution by the 11 other Service personnel, who too passed away in the tragic accident would always be remembered.

We also pray for the speedy recovery of Group Captain Varun Singh, Shaurya Chakra who is presently hospitalised.

Earlier, the IAF confirmed the death of CDS General Bipin Rawat. "With deep regret, it has now been ascertained that Gen Bipin Rawat, Mrs Madhulika Rawat and 11 other persons on board have died in the unfortunate accident," IAF tweeted.