'He has gone incommunicado, discharge me from representing him': Fugitive businessman Vijay Mallya's lawyer tells SC

A bench comprising Justices D.Y. Chandrachud and Hima Kohli asked the lawyer to provide Mallya's email and residential address in the UK to the court registry.

'He has gone incommunicado, discharge me from representing him': Fugitive businessman Vijay Mallya's lawyer tells SC | Twitter
Follow us on

New Delhi: Advocate E C Agarwala on Thursday urged the Supreme Court to relieve him from representing fugitive businessman Vijay Mallya since he was not receiving any communications from the liquor baron.

Mallya, accused in the bank loan default of over Rs 9,000 crore involving his defunct Kingfisher Airlines, has been in the UK since March 2016. 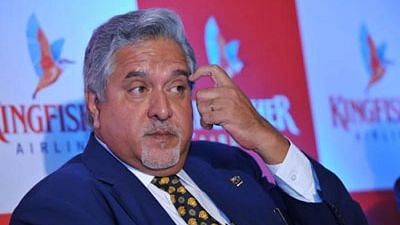 "I want to be dhscharged from this matter as I am not receiving any instructions from this man," advocate-on-record Agarwala told a Bench comprising Justices D Y Chandrachud and Hima Kohli that was considering two special leave petitions filed by Mallya in relation to his monetary dispute from the SBI.

The Bench allowed the lawyer to follow the process for discharge from the case while asking him to provide Mallya's email ID and his present residential address.

In July, the SC had sentenced Mallya to four months of imprisonment for contempt of court in violating its orders.

The court also directed the government authorities to take steps to secure the presence of Mallya in India. In that case also, his lawyer was allowed to discharge and the court appointed an amicus curiae as Mallya did not appear.

The top court had said: "In the circumstances, in order to maintain the majesty of law, we must impose adequate punishment upon the contemnor and must also pass necessary directions so that the advantages secured by the contemnor or anyone claiming under him are set at naught and the amounts in question are available in execution of the decrees passed in the concerned recovery proceedings."

The bench noted that Mallya never showed any remorse nor tendered any apology for his conduct, as it imposed a sentence of four months and fine of Rs 2,000 on him. It added that in case the amount of fine is not deposited within the time stipulated, Mallya would undergo a further sentence of two months.

Read Also
Mallya case: Indian law should not be undermined