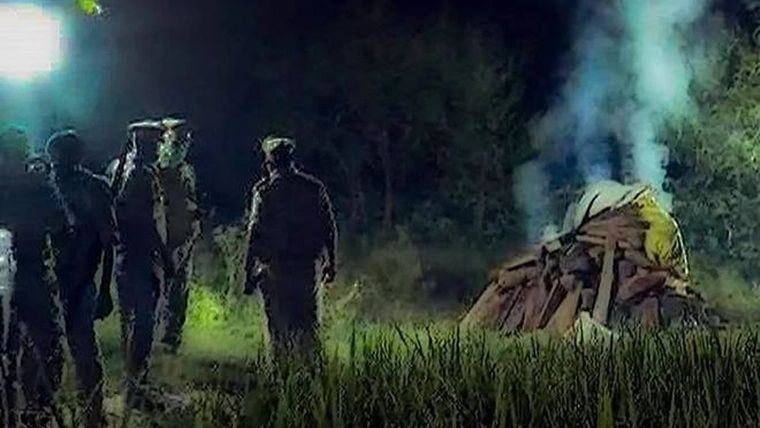 The Central Bureau of Investigation (CBI) on Friday filed a chargesheet against four people before a special court here in connection with a case related to the murder and alleged gang-rape of a 19-year-old Dalit woman.

The chargesheet was filed before a special SC/ST court in Lucknow. The CBI had, on December 16, submitted before the Allahabad High Court that a chargesheet will be filed by December 18 in the matter.

The chargesheet was filed under Sections 302 (murder), 354 (assault or criminal force to woman with intent to outrage her modesty), 376 (rape) of the Indian Penal Code (IPC) and relevant sections of the SC/ST Prevention of Atrocities Act.

Meanwhile, the CBI also submitted that it will take the Hathras case victim's brother, who had registered the FIR in the matter, to Gujarat for a psychological assessment.

The CBI had taken up the investigation in the matter on October 11. It has questioned over 50 people in the case including the family members of the victim. According to the CBI, it has conducted brain mapping of all four accused persons.

The 19-year-old had succumbed to her injuries at Delhi's Safdarjung Hospital on September 29 after being assaulted and allegedly gang-raped in Uttar Pradesh's Hathras on September 14.

Her body was cremated by the Uttar Pradesh Police and the administration allegedly without the consent or the presence of the victim's family.

The Supreme Court had earlier directed that the Allahabad High Court will monitor the probe, being conducted by the CBI into the Hathras case.