A protected archaeological site, Modhera's Sun Temple will get a 3-D projection facility on October 9.

PM Narendra Modi on Sunday will declare Gujarat's Modhera village as India's first solar-powered village. The move comes as a significant step towards promoting clean energy in the country.

"I am happy that Gujarat has once again taken the lead in fulfilling the prime minister's vision of generating clean energy. We are committed to fulfilling his resolve of producing 50% of India's energy requirements through renewable energy by 2030," said Gujarat CM Bhupendra Patel.

About the clean energy project:

The Gujarat government has said that it has ensured the sustainable implementation of various welfare projects in Gujarat, keeping in mind the Prime Minister's vision of increasing the use of renewable energy in India.

The Gujarat government had allotted 12 hectares of land for the development of this project.

More than 1,000 solar panels have been installed atop the houses in the village. The solar panels will generate electricity round the clock for the villagers, the Gujarat government said. Significantly, they will be provided with solar electricity at zero cost to the whole village.

An amount of Rs 80.66 crore was spent on a 50:50 basis by both the state and central government in two phases.

"Solar panels have been beneficial. Previously we used to pay Rs 2000 for electricity, but now I am paying Rs 300. We didn't pay anything to install solar panels," ANI quoted a villager as saying.

A protected archaeological site, Modhera's Sun Temple will get a 3-D projection facility on October 9.

As part of the project, heritage lighting has been installed on the temple premises. Witnessing the lighting, people can visit the temple from 6 pm to 10 pm.

The solar-powered 3-D projection will be dedicated by PM Modi and will educate visitors about the history of Modhera.

PM Modi will be on a 3-day visit to his hometown Gujarat which will commence Sunday (Oct 9). The Prime Minister will launch various projects worth more than Rs 14,600 crore in the state.

Beginning his programme from Modhera, he will inaugurate and lay the foundation stone of multiple projects worth about Rs 3,900 crore in the village.

Read Also
Gujarat: On Sunday, PM Modi goes on his second tour in a week to poll-bound home state 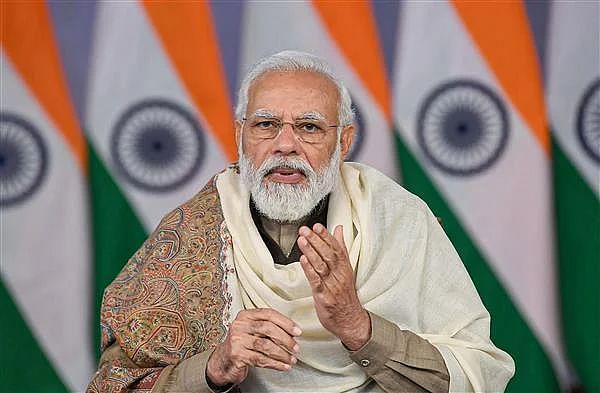