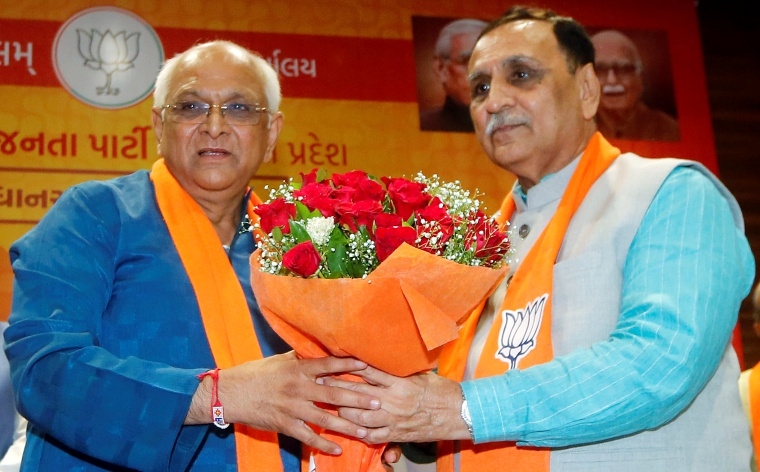 Gandhinagar: Known to play his cards close to his chest, Prime Minister Narendra Modi expectedly did the unexpected as the BJP leadership on Sunday announced the name of a first-time legislator Bhupendra Patel as the new chief minister of Gujarat.

Patel, 59, was quietly picked up from the crowd while half a dozen other names were doing the rounds since Saturday afternoon when Vijay Rupani stepped down.

The only thing that was a foregone conclusion was that a Patidar or Patel would be named the chief minister, as the BJP realises they cannot ignore this powerful community. The party had burnt its fingers in the 2017 elections when it allowed the Hardik Patel phenomenon to grow and came perilously close to defeat.

When his name was announced at the BJP Legislature Party meeting at the Shri Kamalam headquarters on Sunday, Patel was sitting in the fourth row of 112 BJP legislators. Feigning surprise, the bespectacled, hefty, balding Bhupendra Patel walked up to the podium.

He becomes the first chief minister from Ahmedabad city, the commercial capital of Gujarat.

Patel hardly spoke for a minute and a half and thanked Prime Minister Narendra Modi and Home Minister Amit Shah. He said, “The BJP Government had reached the last man with its development work and I will continue to do so in coordination with the party organisation.”

He was a consensus candidate of the Amit Shah and the Anandiben Patel groups in the party when he was picked as the candidate from Ghatlodia. A protege of Anandiben, Patel, however, is close to Shah as well. The Ghatlodia constituency falls under Shah’s Gandhinagar Lok Sabha seat and is also Anandiben’s erstwhile constituency.

He will take oath on Monday afternoon. State BJP chief CR Paatil told reporters, “No decision has been taken on the deputy chief minister’s post as of now. Only Bhupendra Patel will take oath tomorrow. The number of ministers and everything else will be decided later.”

The new chief minister claimed, “I was not aware at all. I just told my family that I was going for the BJP meeting to decide on the new Chief Minister and they must have watched it all on TV.” A local BJP leader close to him said, “Only last night, I and Bhupendrabhai were casually discussing who would be the chosen one.”

His selection is a corollary of the typical Narendra Modi dispensation -- of inducting new unexpected faces, which he started in 2002, bringing municipal councillors and later MLAs and MPs within its ambit.

Patel has been brought in as unexpectedly as the current Gujarat BJP president and MP from Navsari in South Gujarat CR Paatil last year.

It is clear the party is trying to cultivate leadership in the central and South Gujarat regions to offset any possible losses from the Saurashtra and North Gujarat region, where the BJP for the first time suffered major reverses in the 2017 elections. Unlike the other areas, in central and South Gujarat, the Opposition Congress party as well as the BJP do not have any worthwhile regional satraps

With Patel as the CM from Ahmedabad city and Paatil as the state chief from Surat-Navsari, the BJP has cleverly crafted and tried to strike a balance between the hegemonic Saurashtra and the North Gujarat regions.

This is also the reason why besides Patel and Paatil, Modi inducted Surat MP Darshana Jardosh and Kheda (central Gujarat) Lok Sabha member Devusinh Chauhan in the latest round of Cabinet expansion. 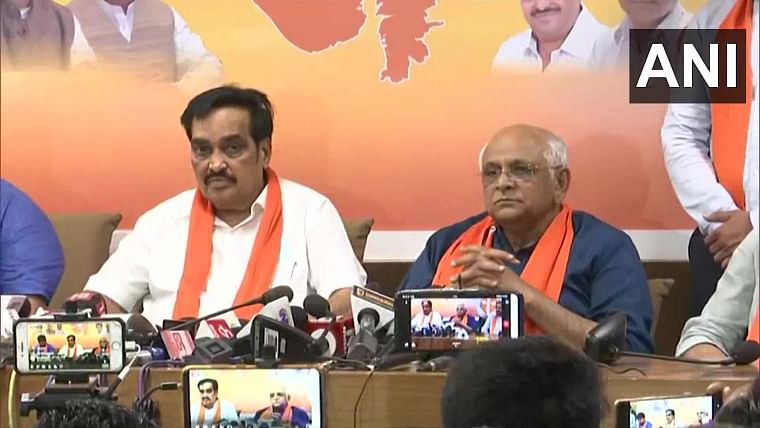