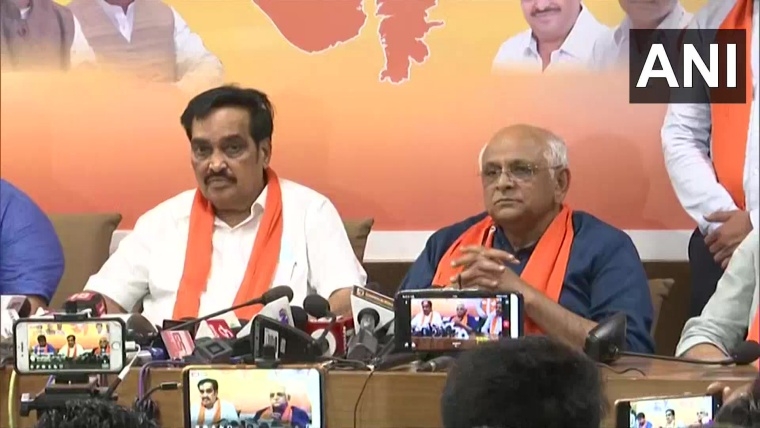 Bhupendra Patel who was today elected as the new chief minister of Gujarat will be taking the oath tomorrow. Gujarat BJP chief CR Patil while talking to the media post announcement of the new CM post said, "Gujarat CM-elect Bhupendra Patel to take oath tomorrow, no one else."

Unanimously elected as the BJP legislature party leader on Sunday, Bhupendra Patel, a first-time MLA, is known as a soft-spoken worker of the party, who has made his way up in the state politics from the municipality level.

Patel (59), who will replace Vijay Rupani as the chief minister of Gujarat, had contested his maiden Assembly election from Ghatlodia constituency in Ahmedabad in 2017 and won it by a margin of over 1.17 lakh votes, which was a record during that election.

He represents the Assembly constituency that is part of the Gandhinagar Lok Sabha seat represented by Union minister Amit Shah. In the past, Patel had served as the chairman of Ahmedabad Urban Development Authority (AUDA) between 2015 and 2017. Before that, he was also the standing committee chairman of Ahmedabad Municipal Corporation (AMC), the largest urban local body in Gujarat, between 2010 and 2015.

People close to him know Patel, who holds a diploma in civil engineering, as a smiling face, who is well-connected to the grass roots.

Patel is also a trustee of Sardardham Vishwa Patidar Kendra, an organisation to dedicated to the socio-economic development of the Patidar community.

Former CM Vijay Rupani while talking to the media after the announcement said that Bhupendra Patel is capable to take over as the next chief minister. He also said that BJP will win the upcoming assembly elections in the state under his leadership.

Notably, Patel's name was proposed by Vijay Rupani himself, whose resignation from the post on Saturday surprised many.