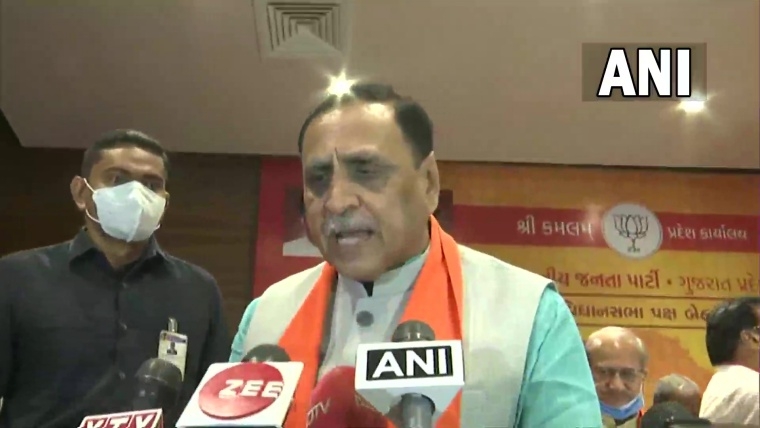 Notably, Patel's name was proposed by Vijay Rupani himself, whose resignation from the post on Saturday surprised many.

Further, expressing sheer confidence, Rupani said, "We believe BJP will win the upcoming assembly elections in the state under his leadership."

"Bhupendra Patel is capable. We believe BJP will win the upcoming elections in the state under his leadership," Vijay Rupani was quoted as saying by news agency ANI.

Rupani, who on Saturday tendered his resignation, sought to dispel speculations about the reasons.

Bhupendra Patel is capable. We believe BJP will win the upcoming elections in the state under his leadership: Vijay Rupani pic.twitter.com/E7xwc1FYGG

"I am a loyal soldier of the BJP and have resigned of my own accord. Nobody has asked me to do so. I will work to strengthen the organisation or whatever role the party leadership assigns me," he told the reporters after tendering the resignation to Governor Acharya Devvrat.

Patel (55) was unanimously elected BJP legislature party leader here on Sunday. Most of the 112 MLAs of the party in the 182-member Assembly were present at the meeting, BJP sources said.

He holds a diploma in civil engineering and is considered close to former CM Anandiben Patel, who won from the seat in 2012 polls. Who is Bhupendra Patel? All you need to know about the newly appointed Gujarat chief minister