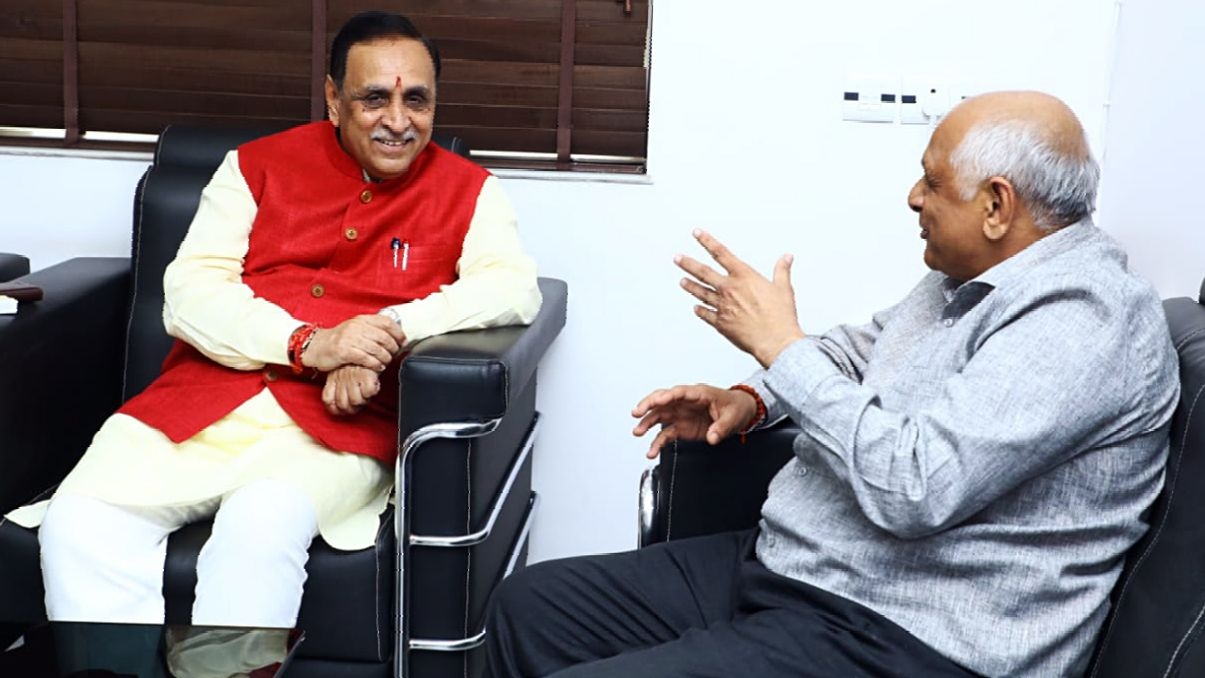 A day after Gujarat Chief Minister Vijay Rupani's abrupt exit, the BJP-led administration announced the selection of first time MLA Bhupendra Patel to the post. Not viewed among the top contenders for the Chief Ministerial mantle, Patel's selection had surprised many. His colleagues however insist that they bear no animosity towards him. Two days after Vijay Rupani's departure, the newly elected official was photographed interacting with his predecessor as well as Deputy Chief Minister Nitin Patel.

"Bhupendra Patel is my old family friend. I congratulated him. We will be happy to see him take oath as CM. He has also asked for my guidance whenever needed," reports quoted the Deputy CM as saying. The remarks come amid speculation that he was unhappy with Patel's selection.

Unanimously elected BJP legislature party leader on Sunday, Patel will be sworn in as the state's 17th chief minister at 2.20 pm today. He will be taking oath alone. According to party sources, a decision regarding the new Gujarat cabinet will be taken later.

Union Home Minister Amit Shah is expected to attend the swearing-in ceremony. Meanwhile, according to a BJP spokesperson, Prime Minister Narendra Modi had held a telephonic conversation with Patel on Sunday and congratulated him.

At Sunday's legislature party meeting, the proposal to elect Patel the legislative party leader was moved by CM Vijay Rupani, whose resignation on Saturday, 15 months ahead of the state Assembly polls, surprised many political observers. With state Assembly polls scheduled in December 2022, the BJP is banking on the Patidar to lead the party.

In the 2017 Assembly elections, BJP won 99 of the 182 seats and Congress got 77. The Patidars are a dominant caste in Gujarat with a sizeable control over the electoral votes and dominate the political economy with a stronghold over education, realty and cooperative sectors.

Much like Modi 20 years ago, Patel has never held a ministerial post. Born in Ahmedabad, he is an MLA from the Ghatlodia seat, previously held by former chief minister and now Uttar Pradesh Governor Anandiben Patel. He won the seat by over 1.17 lakh votes in 2017, the highest margin in that poll. Ghatlodia is part of the Gandhinagar Lok Sabha constituency represented by Shah.