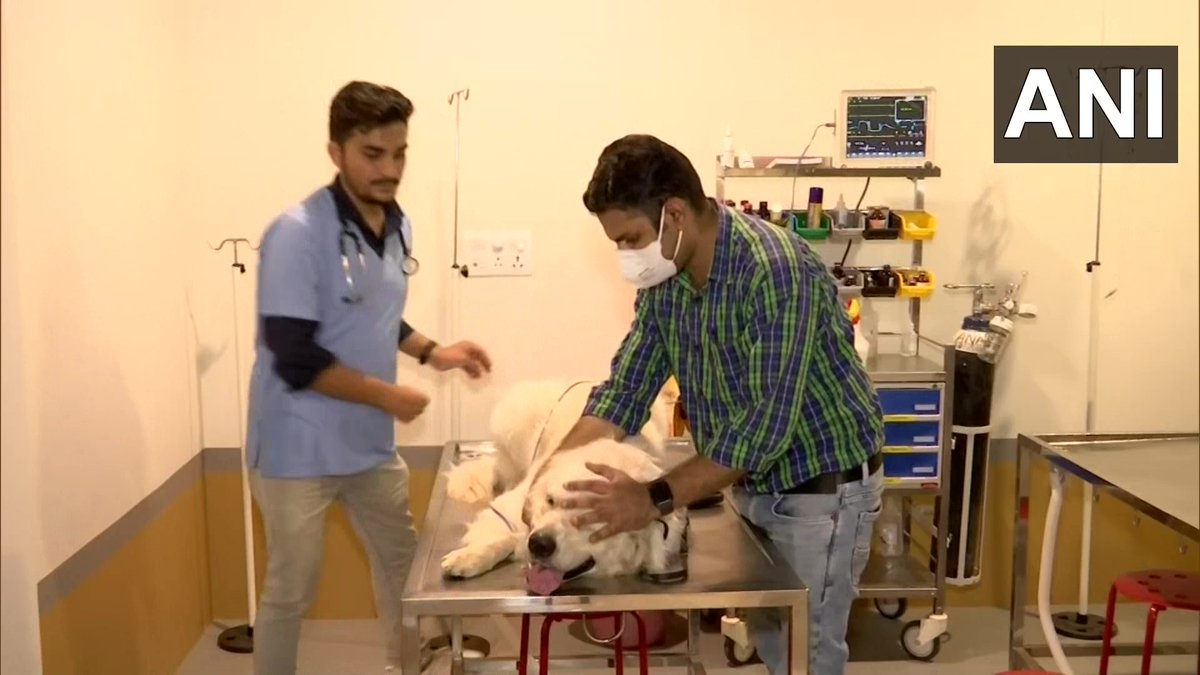 When the harried denizens of Gujarat were running from pillar to post looking for hospital beds and vital medicines for their Covid-hit near and dear ones, there was this young man scrounging for whatever help he could get for his ailing Buddy, his white Golden Retriever pup.

Shaival Desai, 29, a mechanical engineer recalls he visited one vet after another all over Ahmedabad but none could say what had really happened to Buddy. The pup passed away on October 27, 2020, leaving Shaival and family sad and helpless.

But from the sadness spawned a determination to ensure thousands of other Buddies don’t go away like this.

As an homage of sorts for Buddy, Desai, along with other pet lovers and friends set up India's first veterinary ventilator hospital equipped with OT rooms, OPDs, X-ray rooms, a laboratory and even a pet grooming spa.

There are two specialist doctors, two operation theatres, a digital X-ray machine, an elevator and stretchers for injured pets. Desai says, “An isolation ward has also been created for pets infected with communicable diseases.”

If this is not enough, there is also a facility for chemotherapy for dogs suffering from carcinoma.

Says senior journalist Deepal Trivedi, who is also a trustee of the not-for-profit BestBuds Pet Hospital, “While there is a plan to set up a dogs hostel going forward, we also plan to approach local municipal authorities for a separate pet park in the city.” She adds, “There is not a single such park in Gujarat, while other places like Bengaluru and Mumbai have them.”

When Desai and his colleagues Keyur Gandhi and Sohini Shah were speaking to this reporter, a cute Pomeranian with a ponytail was brought in for grooming, and this was just an hour after a Doberman got his leg plastered here. It is a 5,000-square foot pet hospital reminiscent of a modern health facility for human beings.

It is a veritable multispecialty hospital, which doesn’t just treat dogs but also cats, birds, turtles, tortoises, rabbits, and other pets. The hospital also has a DR X-ray room, a dental station followed by a surgery room with a "V" operating table, an anesthesia gas evaporator and a ventilator for dogs.

Desai also promises that the hospital will take care of stray animals in future. Also, 50% off will be provided for the strays. "Indi dogs will be provided treatment if someone brings them here,” he says. Gujarat govt mandates RT-PCR tests for passengers arriving from these countries in view of new...