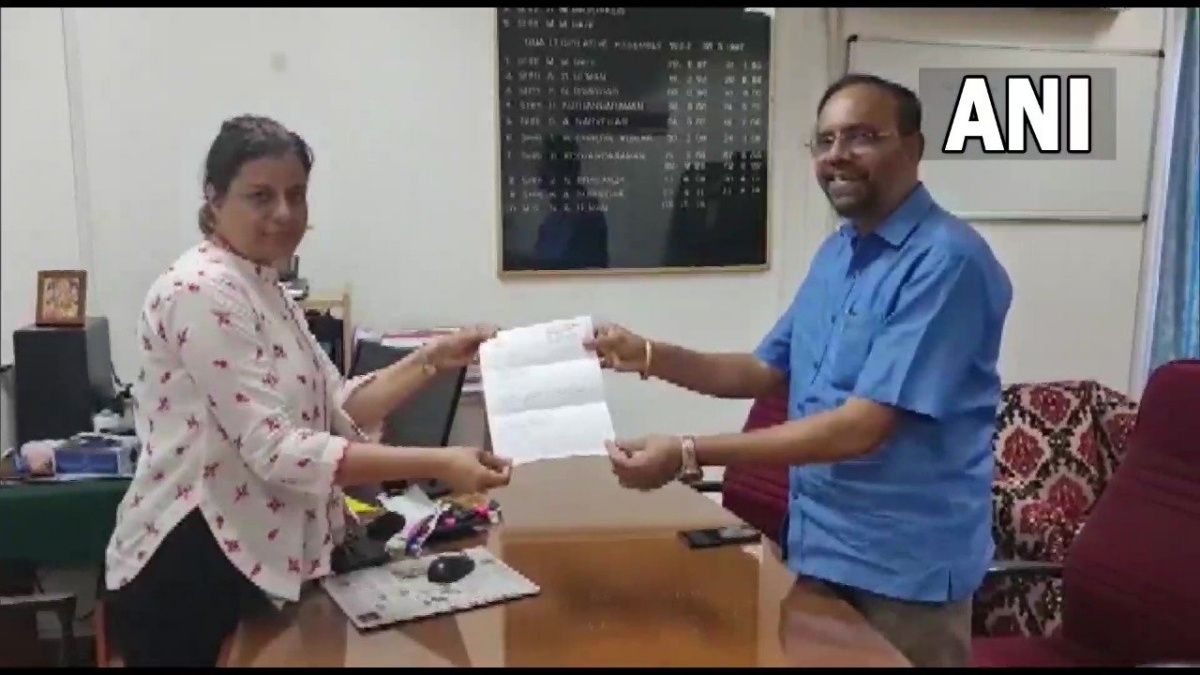 Carlos Almedia submitting his resignation to Secretary of the Assembly, Namrata Ulman | ANI

Ahead of the the Goa Assembly Polls, state BJP leader Carlos Almeida on Tuesday resigned as an MLA and from the primary membership of the party. The MLA submitted his resignation to Secretary of the Assembly, Namrata Ulman.

Carlos Almeida is the second Bharatiya Janata Party MLA to submit his resignation ahead of the polls.

BJP MLA from Vasco Da Gama, Almeida said he had been asked to work in the assembly constituency led by Daji Salkar, against whom he had filed a fraud case.

Goa BJP's Carlos Almeida resigns as an MLA and from the primary membership of the party; submits his resignation to Secretary of the Assembly, Namrata Ulman pic.twitter.com/8JH3dPZlQs