After his retirement from the Army, he was appointed as a Commander of the United Nations Peace Keeping Force in Cyprus during July 1964 to December 1965.

General Kodendera Subayya Thimayya (1906-1965), was a distinguished soldier of the Indian Army. He was Chief of Army Staff from 1957 to 1961 when India was facing major conflicts with China. General Thimayya was the only Indian who commanded an Infantry brigade in Second World War.

He also headed one unit of United nations dealing with the repatriation of prisoners of war. After his retirement from the Army, he was appointed as a Commander of the United Nations Peace Keeping Force in Cyprus during July 1964 to December 1965. He passed away in Cyprus while on active duty on 18 December 1965.

Kodandera Subayya Thimayya was born in Madikeri, from district Kodagu (formerly known as Coorg), Karnataka, on 31 March 1906. He was born in coffee planters family. His mother, Sitamma, was a social worker and the recipient of Kaisar-e-Hind Medal. All his siblings also became officers in the Indian Army.

After completing his training, he during 1926 he became Second Lieutenant officer in the Indian Army. Thimayya was subsequently attached to the Highland Light Infantry and then posted to the British Indian Army. He was then appointed as the regimental adjutant in September 1930.

Later he was posted to his battalion in Singapore. In early 1941, he was promoted to the acting rank of Major and was transferred to India in October. He and his wife contributed selflessly during the 1935 Quetta earthquake. He also served as GSO2 (Ops) (a Grade II Staff Officer) of 25th Indian Division, the first Indian officer appointed as this post.

He was selected to lead the 268th Indian Infantry Brigade as part of the British Commonwealth Occupation Force in Japan after World War II. He was the only exception to hold the post in Britishers Army.

General Kodandera Subayya Thimayya became the 6th Chief of the Army Staff, on 7 May 1957 and served till 1959. he resigned after a dispute with V. K. Krishna Menon, the then Minister of Defence (India). Prime Minister Jawahar Lal Nehru refused to accept his resignation, so he continued as the Army Chief till his retirement on 7 May 1961, completing 35 years of military service.

After retirement from the Indian Army, the United Nations again appointed him as the Commander of UN Forces. 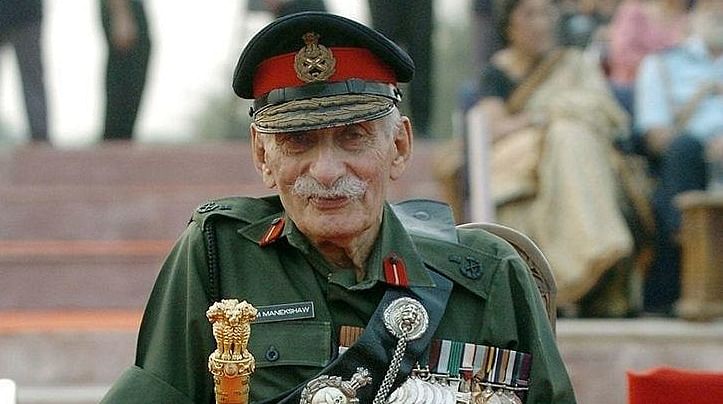 Army Day 2022: From Sam Manekshaw to K.S. Thimayya, flipping through the pages of history to...