Mumbai – All India Gems and Jewellery Trade Federation (GJF) has expressed its disappointment over the Government’s inaction in budget proposals to address various issues related to gems and jewellery sector.

G V Sreedhar, GJF Chairman, said “Our hopes are belied as the government has   ignored the gems and jewellery sector from fiscal incentives and has imposed excise duty of 1% without input credit or 12.5% excise with input credit. This will create further trouble for jewellery manufacturers, who have been incurring losses in their business transactions, due to recently introduced PAN card norm”. 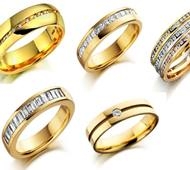 Ashok Minawala, GJF Director, said, “How can excise be applied to 80% unorganized sector of Gems & Jewellery? We are let down by the budget proposals as Govt. has failed to address many critical issues hindering the growth of the sector. It is very surprising that a progressive government has ignored this sector, when it had earlier declared it as a thrust area for job creation through Make in India initiative and export promotion. Industry will collapse with such policies”.

In its budget proposals, Finance Minister Arun Jaitley has proposed Excise duty of ‘1% without input tax credit or 12.5% with input tax credit’ on articles of jewellery (excluding silver jewellery, other than studded with diamonds and some other precious stones), with a higher exemption and eligibility limits of Rs 6 crores and Rs 12 crores respectively.

Earlier in 2005 & 2012, Government had introduced the excise duty on Gems & Jewellery industry, which was however rolled back just within few days of its inception, after acknowledging the impracticality of this rule and its application to a very large unorganized sector of the industry.

In 2012, the industry had registered a nationwide 23 days protest by way of ‘Bandh’, wherein the present ruling party had infact given their support and GJF has expressed it’s surprised over the U-Turn by this Government.