Blueprint of Ayodhya mosque unveiled: From green design to its name, here is all you need to know 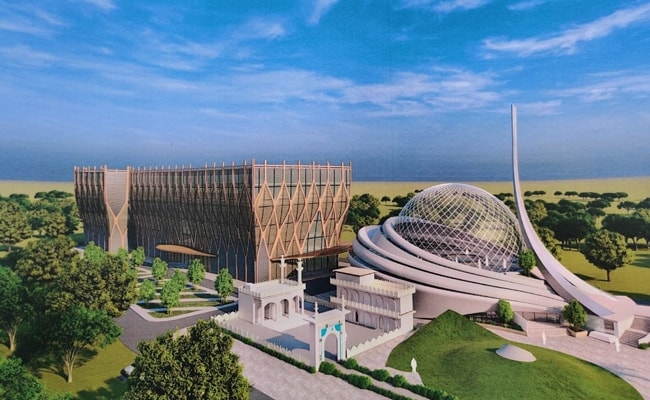 The design of a mosque and a hospital to be built on a five-acre land in Ayodhya's Dhannipur village was unveiled on Saturday by the Trust charged to develop the complex.

The land was allocated by the Uttar Pradesh government following a Supreme Court verdict in the Ramjanmabhoomi-Babri Masjid case. The mosque complex will be built on the five-acre land in Dhannipur village in Sohaval Tehsil of Ayodhya.

The mosque in Ayodhya was demolished on December 6, 1992 by 'kar sevaks' who claimed that an ancient Ram temple stood at the same site.

After a protracted legal tussle, the Supreme Court had on November 9 last year ruled in favour of the construction of a Ram temple at the disputed site in Ayodhya, and directed the Centre to allot an alternative five-acre plot to the Sunni Waqf Board for building a new mosque at a "prominent" place in the holy town in Uttar Pradesh.

The Uttar Pradesh State Sunni Central Waqf Board had formed the trust, Indo-Islamic Cultural Foundation (IICF), to construct the mosque and other utilities on the plot.

Besides a mosque that can house over 2,000 worshippers, a 300-bed hospital, a community kitchen (saarvjanik bhojnalaya) and a modern library will also be set up in the complex.