From Bengal to Punjab: 10 states which have refuses to implement CAA-NRC

The country is boiling over Citizenship Amendment Act (CAA) and the National Register of Citizens (NRC). The BJP-led Central government for past couple of days has been facing ocean of protesters, but still the saffron party has offered no clarity.

Even as Prime Minister Narendra Modi attempted to allay fears on the Citizenship (Amendment) Act and a proposed nationwide National Register of Citizens, protests against the Act continue to increase since the passage of the legislation.

The anti-CAA, NRC protests across the country have brought together opposition parties, students and intellectuals against the new citizenship law. The protests have also led to violence, with the protesters clashing with the police in several states. But since the BJP-led Central government has offered no clarity, a lot of confusion has spread over the meaning and implication of this law and its links with National Register of Citizens (NRC). 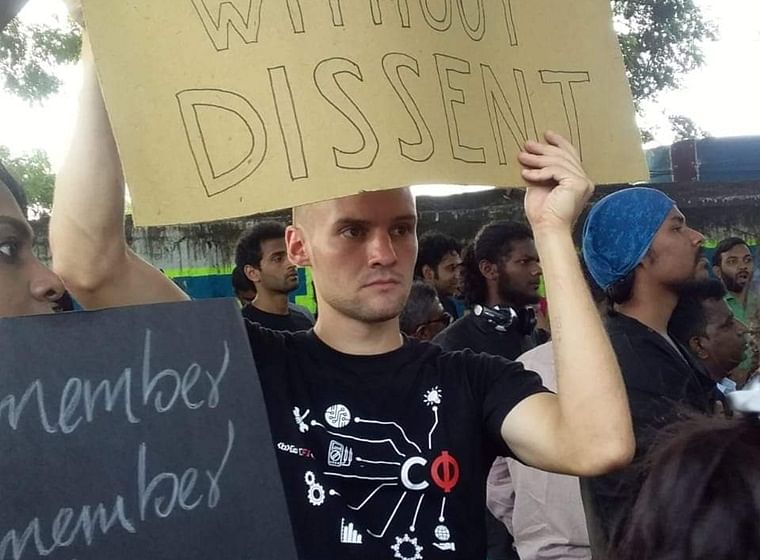 It’s not just citizens who are opposing to CAA, NRC but also chief ministers of 10 states are opposing its implementation.

Here are 10 other States who are opposing or refusing to implement the CAA and NRC:

On December 23, Maharashtra Chief Minister Uddhav Thackeray assured delegations from the Muslim community that the Citizenship (Amendment) Act (CAA) and the National Register of Citizens (NRC) will not be implemented in the State.

Delhi Chief Minister Arvind Kejriwal has said that he “will not allow” the amended law to be implemented in the state. Kejriwal told IANS that his party opposed the law as a Bill in parliament, and will continue to oppose it even though it has been passed by both houses of parliament.

West Bengal Chief Minister Mamata Banerjee said, “In your [BJP] manifesto, instead of development issues, you have put in promise to divide the country. Why will citizenship be on the basis of religion? I will not accept this. We dare you”. “You can pass laws in Lok Sabha and Rajya Sabha forcefully because you have the number. But we will not let you divide the country,” she said.

Andhra Pradesh Chief Minister YS Jagan Mohan Reddy on Monday clarified that his government is against National Register of Citizens (NRC) and will not implement it in the state. The Andhra Pradesh Chief Minister, who is on a tour of Kadapa district, addressed a public meeting in which he said that his government will stand in support of minorities and will not implement NRC in the state.

On December 22, Rajasthan chief minister Ashok Gehlot on Sunday addressed a rally against the new citizenship law in Jaipur and said that the Citizenship Amendment Act (CAA) and the National Register of Citizens (NRC) will not be implemented in Rajasthan. He said, ”Modi ji you should listen, 9 states have said it. Even your partners Bihar CM & Odisha CM who supported you in Parliament are saying they won’t implement NRC. You should understand public sentiment&announce neither NRC in its current form, nor CAA will be implemented.”

On December 20, Bihar Chief Minister Nitish Kumar refused to implement the contentious National Register of Citizens amid intense pan-India protests against the amended Citizenship Act. Kumar made this clear in a terse reply to queries from journalists who had sought his response on the proposed country-wide implementation of NRC, including Bihar, as stated by Union Home Minister Amit Shah on the floor of the Parliament. "Kaahe ka NRC? Bilkul laagu nahin hoga" (NRC, what for? Will not at all be implemented), Kumar quipped as he sauntered towards his vehicle waving at the media persons who had been waiting outside an auditorium here seeking to know the stand of the chief minister who was at the venue to address the 80th annual session of Indian Road Congress.

On December 23, Madhya Pradesh Chief Minister Kamal Nath vowed not to implement CAA and NRC in the state. "The identity of India is through its Constitution. We reject this law, and while respecting the Constitution, our government will not implement it," Nath said.

Chief Minister Captain Amarinder Singh on December 7 came out against extra constitutional executions as being against the nation’s Constitutional spirit, while also opposing the Citizenship Amendment Bill, which he said would not be allowed to be passed in Punjab Assembly. Speaking at a session at HT Summit 2019, Amarinder came out strongly against the National Register of Citizens (NRC) as “being against the democratic spirit of India, which is a free country”. “Let the proposed Citizenship Amendment Bill be passed by Parliament and come to our Assembly, where we have two third majority…it will not be passed in my state,” he asserted, when asked how Punjab would tackle the problem if the Centre makes it a law.

Odisha Chief Minister Naveen Patnaik, on December 18, withdrew support for the nationwide implementation of the National Register of Citizens (NRC). Making his stance clear, Patnaik said: “The Citizenship (Amendment) Act has nothing to do with Indian citizens. It only deals with foreigners. The Biju Janata Dal’s MPs, both in Lok Sabha and in Rajya Sabha, have made it clear that we do not support the NRC. I would appeal to our citizens to let peace prevail and not to indulge in rumour-mongering.”

On December 12, Chief Minister Pinarayi Vijayan has also maintained that the CAA was unconstitutional. "The people in Kerala declares complete solidarity with the ongoing protests across the country," Vijayan said.

Chhattisgarh Chief Minister Bhupesh Baghel on December 23 said that if the Central government harasses the general public of the nation through 'vague' laws like the National Register of Citizens (NRC) and the Citizenship Amendment Act (CAA), then such 'black laws' won't be supported. "We are supportive of the Central government. But if they harass the general public of this nation through vague laws like NRC and CAA, then we will never support such black laws, which divide the ethos and soul of this nation," he said while addressing the 'Save the Constitution' rally here.

What is NRC and CAA?

Over 19 lakh people, mostly Hindus have been left out of the final list of National Register of Citizens (NRC) in Assam, which was published in August. Some 19,06,677 people have been excluded from the final list, which names 3,11,21,004 people as Indian citizens. At its core, the NRC is an official record of those who are legal Indian citizens. It includes demographic information about all those individuals who qualify as citizens of India as per the Citizenship Act, 1955. The register was first prepared after the 1951 Census of India and since then it has not been updated until recently.

According to the Citizenship Act, members of Hindu, Sikh, Buddhist, Jain, Parsi and Christian communities who have come from Pakistan, Bangladesh and Afghanistan till December 31, 2014 and facing religious persecution there will not be treated as illegal immigrants but given Indian citizenship. The act also proposes to give immunity to such refugees facing legal cases after being found as illegal migrants.

HomeIndiaFrom Bengal to Punjab: 10 states which have refuses to implement CAA-NRC