After her meeting with the PM on the first day of her visit, she said after seeking time thrice to meet him (Modi), she managed to get time and described it as a courtesy visit

Kolkata: West Bengal Chief Minister's Delhi visit had created a buzz in the media even as it was announced mainly because she was "set" to visit and chalk out a strategy with other Opposition leaders on how to take on the BJP in 2024 lok Sabha. However, after her meeting with the Prime Minister on the first day of her visit, she said after seeking time thrice to meet him (PM Modi), she managed to get time and described it as a courtesy visit. And on Thursday, BJP, much to the delight of the TMC, said that it would not field a candidate for Rajya Sabha thus paving the way for Jawahar Sircar! Also it may be noted that she also said moments before meeting Sonia Gandhi that she did not aspire to become the leader of the Oppostion front and wants to be JUST a cadre.

It is good to see Mamata meet Gadkari and raise issues of pending road and transport projects of the state, including the deep-sea port at Tajpur. It is very encouraging to see the CM meet Union ministers and seek projects for the state's upliftment. Politics can take a backseat once in a while as far as state's future is concerned. 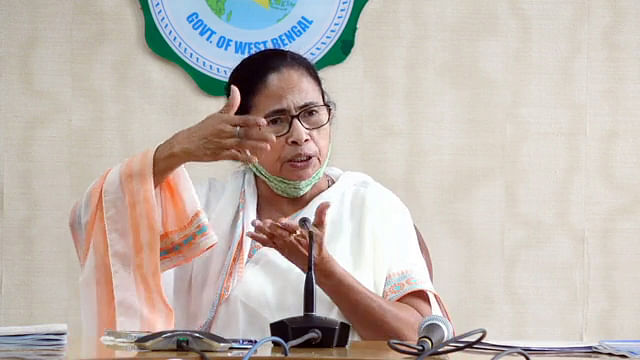