Kolkata: In much relief to West Bengal former Chief Secretary Alapan Bandyopadhyay, Calcutta High Court on Friday had set aside an order of the principal bench of Central Administrative Tribunal (CAT) to transfer an application by Bandopadhyay, challenging proceedings against him by the Centre, from the Kolkata bench to New Delhi.

Notably, challenging the proceedings initiated against him by the Ministry of Personnel and Public Grievance and Pensions relating to attending a meeting on May 28 where Prime Minister Narendra Modi reviewed the damages in West Bengal after the cyclone 'Yaas', Bandhopadhyay recently moved the Kolkata bench of CAT.

A division bench comprising justices Sabyasachi Bhattacharyya and Rabindranath Samanta said that the proceedings will take place in Kolkata and also instructed CAT to expedite the proceedings against the former West Bengal Chief Secretary.

“What extra advantage will have if the proceedings are shifted to the national capital and not in Kolkata,” asked the judges to CAT, said the High Court sources.

It can be recalled that proceedings were initiated against Bandopadhyay by the BJP led Central government and an inquiry authority was appointed in this regard, while a preliminary hearing was held on October 18.

The Central government had filed a transfer petition before the principal bench of CAT, on October 22, for transfer of the proceedings in New Delhi which Alapan Bandhopadhyay had challenged at Calcutta High Court. 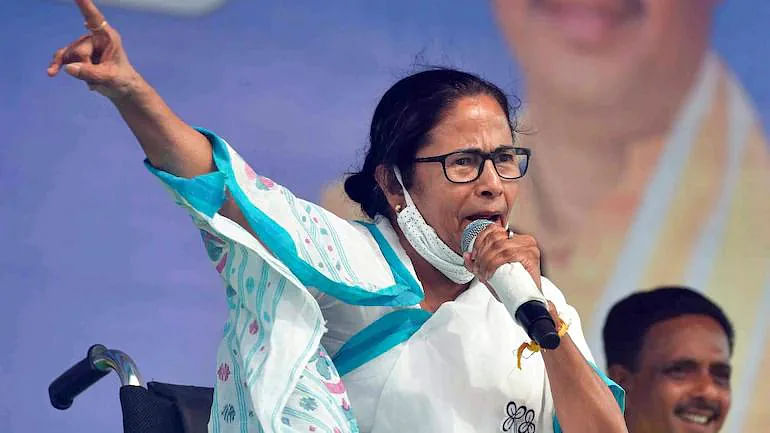 Not visiting Goa to capture it but to stop ‘dadagiri’ of Delhi: WB CM Mamata Banerjee