What appeared to have angered Prasar Bharati was a interview with the Chinese Ambassador to India.
FPJ Web Desk 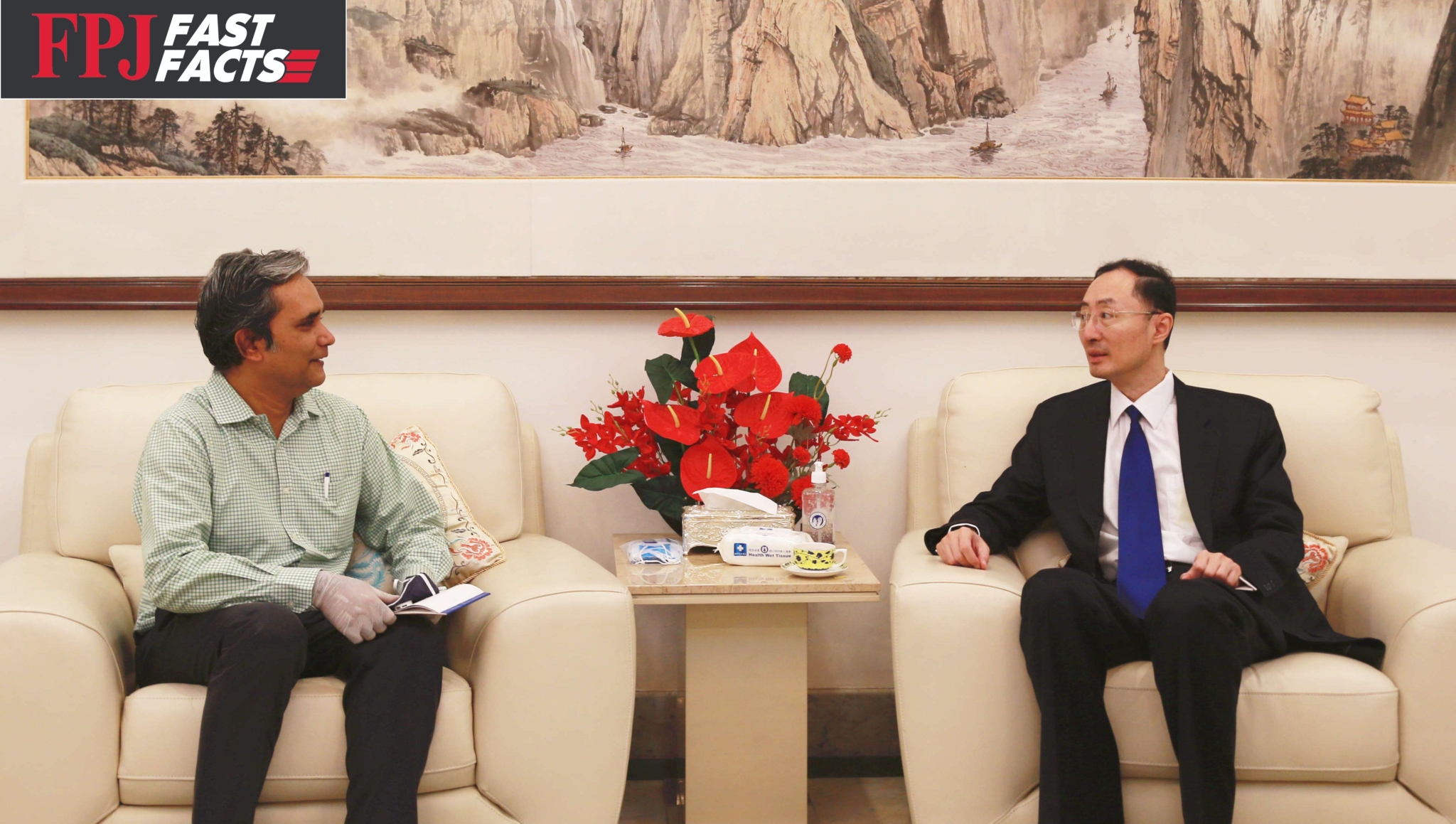 Those of us who have spent ample time in the media know that PTI has a tendency to play down stories.

The wire service is known to ensure they file stories that anger no one, not the government or the Opposition.

This is why Prasar Bharti’s fury at the wire agency is slightly a departure from convention.

As one journalist noted on Twitter: “”A friend working in PTI has put this right. "Our copies are like plain water. What you make of it - roohafza or lemonade is upto you. We only serve paani."”

What appears to have irked Prasar Bharti is an interview of the Chinese Ambassador to India which reacted by calling its ‘recent news coverage’ detrimental to ‘national interest’.

IANS wrote: “Sources say a "strong letter" is being sent to PTI just ahead of its Board meeting on Saturday where the public broadcaster expressed "deep displeasure on anti-national reporting by PTI". The public broadcaster has communicated that the PTI's editorial stance makes it untenable to "continue relationship".”

An incandescent Prasar Bharti reportedly wrote, ‘taking into view in totality PTI’s conduct, Prasar Bharati is reviewing the need for continued relationship with PTI and a decision in this regard will be conveyed soon’.

Reacting to the letter, PTI said: “We have received a letter from the Prasar Bharati this afternoon. We are examining it and will respond in due course with the facts.”

Meanwhile, PTI called the criticism unfair, and called the backlash unwarranted. PTI told The Print that it had given a host of questions to the Chinese Ambassador but he had ‘conveniently ignored them and published only three answers as his main points’.

What appeared to be particularly offensive was this reply from the Chinese ambassador Sun: “The merits of this incident is very clear. The onus is not on China. The Indian side crossed the LAC for provocation and attacked the Chinese border troops. The Indian forces seriously violated agreements on border issues between the two countries and severely violated basic norms governing international relations. We urge the Indian side to conduct a thorough investigation, hold the violators accountable, strictly discipline the frontline troops and immediately stop all provocative acts to ensure such incidents will not occur again.”

PTI also appeared to note ANI’s interest in the story and wrote: “It is also interesting to note that among the critics quoted in your story is a member of the family that runs a rival private news agency.”

They were ostensibly referring to Ishaan Prakash’s tweet. ANI is often accused by its critics of being overtly pro-government and were the only channel present during Devendra Fadnavis’ swearing-in ceremony at the break of dawn, where even Prasar Bharti wasn't invited.

Rahul Gandhi had set the cat among the pigeons in January 2019 when he called ANI’s Editor Smita Prakash a pliable journalist, which led to a sharp rebuke from the Editor’s Guild of India as well.

He had said: “. "He [Modi] does not have the guts to come and sit in front of you. And I am coming here, you can ask me any question. You saw the prime minister's interview yesterday...matlab pliable journalist, she was asking questions and was even giving answer.”

Did PTI goof up?

Brookings Senior Fellow Tanvi Madan noted: “Another example of China using/exploiting the tools of democracy & openness that are unavailable to its own people. I wouldn't want democracies to be like China or change because of them, but I think 🇨🇳 should be called out every time they do this stuff.”

Former NDTV anchor Nidhi Razdan added that it was better ‘not to do the interview’.

Prasar Bharti runs Doordarshan and All India Radio,is owned by the government of India. Since 2013, Prasar Bharti paid PTI Rs 9.15 crore annually for its services. But it has been looking to renegotiate the costs.