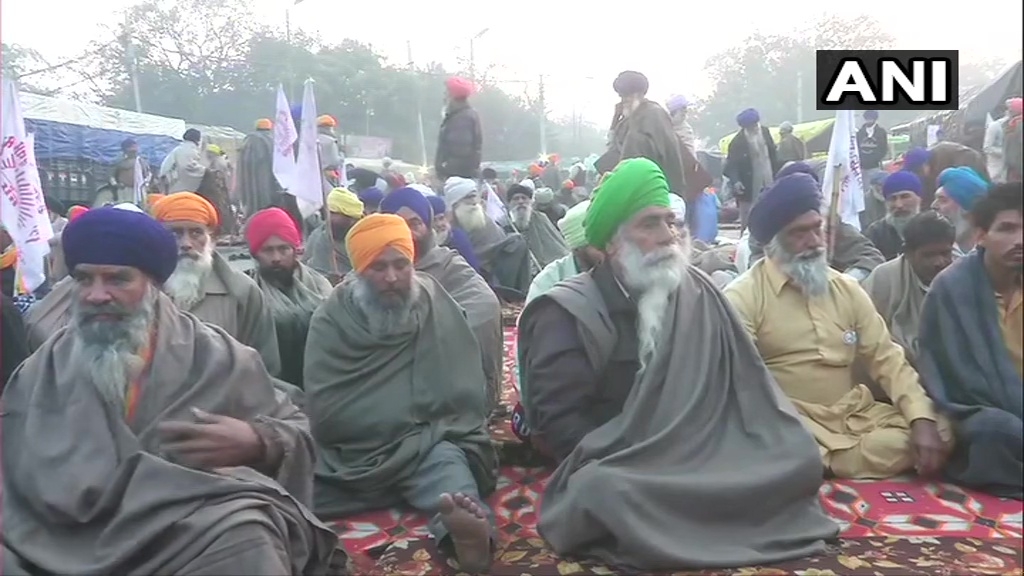 A few days earlier hundreds of famers had begun an agitation against the Centre's recently passed farm laws. Despite being denied permission to protest in the national capital, many had set off for Delhi, facing massive backlash from officials enroute. The police had set up barricades, and used water cannons and tear gas in attempts to disperse the crowds.

Eventually after nearly two days of protests, the farmers were allowed to enter Delhi and assigned the Nirankari Samagam Ground in Burari as the designated site of their protests. 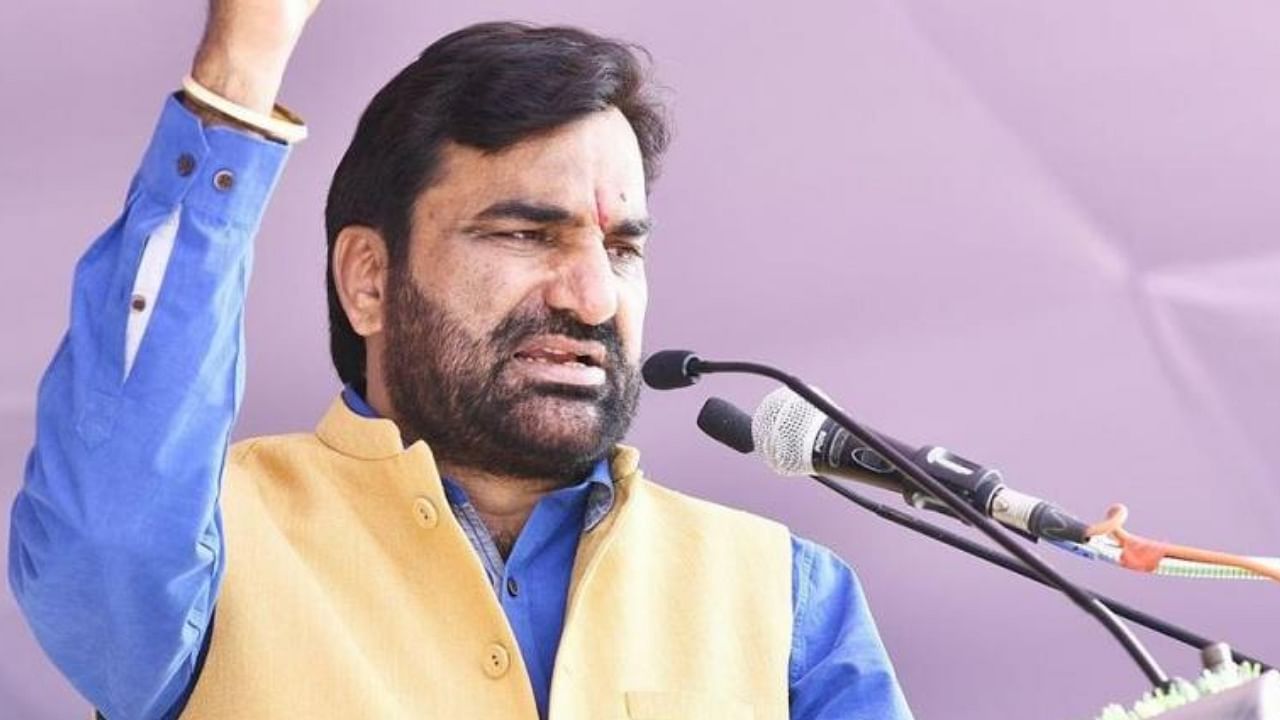 Not much has however been resolved since then.

Here is a point-wise list outlining the story so far:

1. Most farmers are skeptical about the Burhari venue, dubbing it an "open jail" that they had decided to "never" visit.

2. As of Monday morning, the farmers are staying put at the Delhi borders, and refuse to budge. Visuals shared by news agency ANI show them camped out at the Delhi-Haryana and Delhi-UP borders. Protests too continue amid heavy police deployment. Around 32 farmer bodies, mostly from Punjab, and a few farmers from Gujarat and Maharashtra as well managed to reach Delhi on Friday and assembled at the border areas to continue their protest.

3. The Centre says that it is open to dialogue, with Union Agriculture Minister Narendra Singh Tomar urging the farmer's unions to "create an atmosphere" for talks. "Farmers' unions should create an atmosphere for it. They should leave agitation and choose talks," said Tomar.

4. In the meantime, Prime Minister Modi has showered praise on the recent Acts during the 71st edition of his monthly radio programme Mann Ki Baat.

"Recent agri-reforms have opened the doors of new opportunities for farmers. Decades-old demands of farmers which were promised by many political parties have now been met. Parliament has recently passed farm reform laws after rigorous brainstorming. These reforms have not only broken shackles of farmers but have also given new rights and opportunities to them," PM Modi said. 5. Reaching out to protesting farmers, Union Home Minister Amit Shah had on Saturday said the Central government was ready to hold talks on their "every problem and demand" as soon as they moved to the Sant Nirankari ground in Burari.

6. The agitating farmers have however turned down this offer of early talks, stating that it was not acceptable as it was conditional upon their travelling to the protest site.

"There was an offer from the central government for negotiation to resolve our issue. We have decided not to accept the proposal because there was a condition in it asking farmers sitting on the road to vacate the roads and move to Burari. We cannot accept this demand. The condition put forward for talks is an insult to farmers," said Surjeet Singh Phul.

7. Since then, sources say that Union ministers Amit Shah and Narendra Singh Tomar have held a meeting at BJP president JP Nadda's residence late on Sunday night to discuss the ongoing farmers' protests. 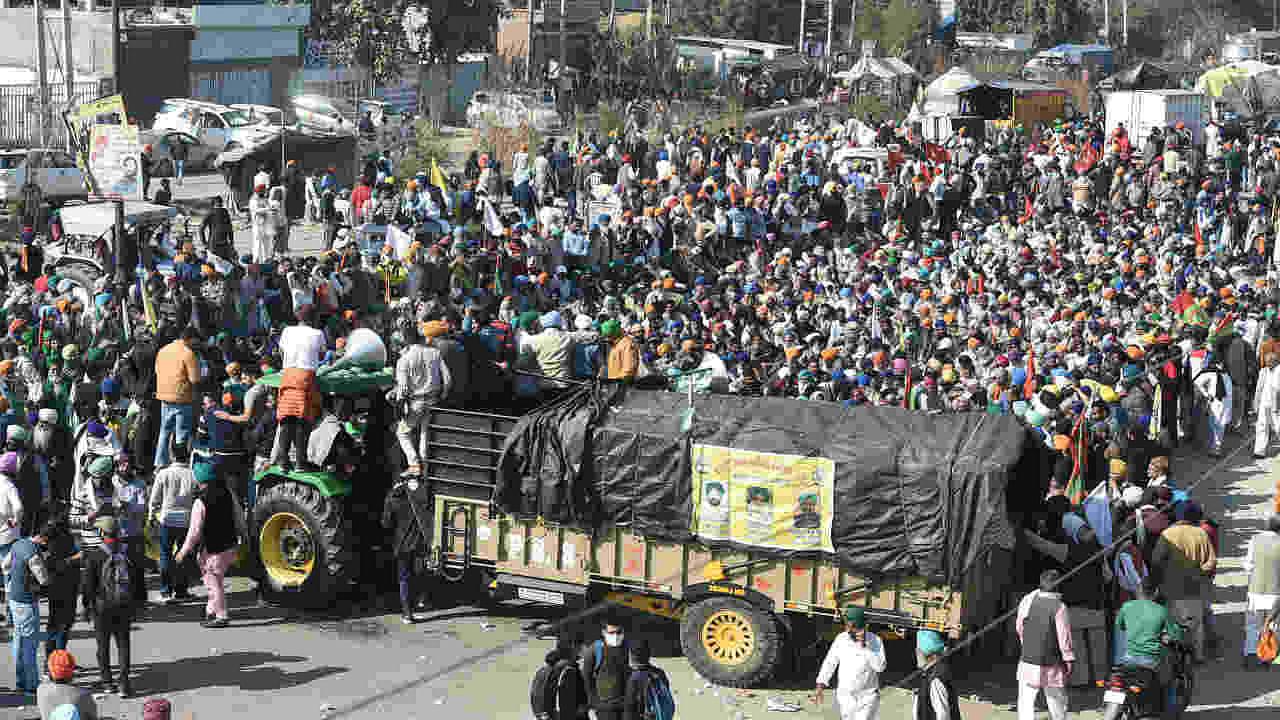