Weeks after Babul Supriyo resigned from the Union cabinet ahead of the reshuffle, the BJP leader on Saturday announced he was quitting politics. FPJ looks at the ‘HITS’ and ‘MISSES’ over the years.
FPJ Bureau 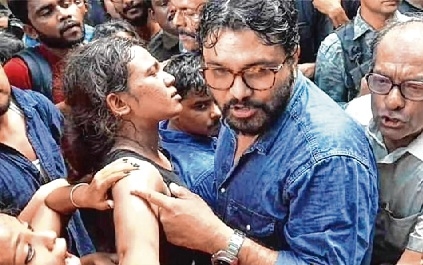 -- Babul Supriyo, who had reached fame with Hrithik Roshan's debut films (as the main lead) in the title tracks of Kaho Naa Pyar Hai and Saif Ali Khan-starrer Hum Tum...joined BJP ahead of the 2014 general elections and was nominated by the party as their Asansol (in West Bengal) candidate.

-- He won the seat defeating Dola Sen of TMC and went on to become the youngest of 21 ministers who were inducted in the first cabinet expansion in Modi’s first term as PM.

-- In the West Bengal Assembly elections 2021, BJP pitched Babul as its candidate from the Tollygunj constituency, where he lost to TMC’s Aroop Biswas by more than 50,000 votes.

-- Ahead of the Bengal Assembly elections earlier this year, Supriyo allegedly slapped a man inside a party office in Kolkata. The video of the incident, that went viral, showed the singer-turned BJP leader purportedly slapping a man. Supriyo later claimed that he did not “slap him but only gestured to do so”.

-- Babul also faced a massive protest from a section of Jadavpur University students in 2019 after he went to the institute to attend an event organised by ABVP. Supriyo was heckled, thrashed and pushed by the protesting students who showed him black flags and shouted ‘go back’ slogans. Finally, the Governor, Jagdeep Dhankar had to reach the spot to intervene.

-- In 2018, he threatened to “break a man’s leg” during an event in Asansol. The incident which was captured on camera, ironically, took place when the minister was addressing an event for the differently-abled persons. In a video released by news agency ANI, he is heard saying, “I can break one of your legs.”