Swaraj was a fiery orator and able administrator, whose strength of character and deep humility earned her friends across the political spectrum.
FPJ Web Desk 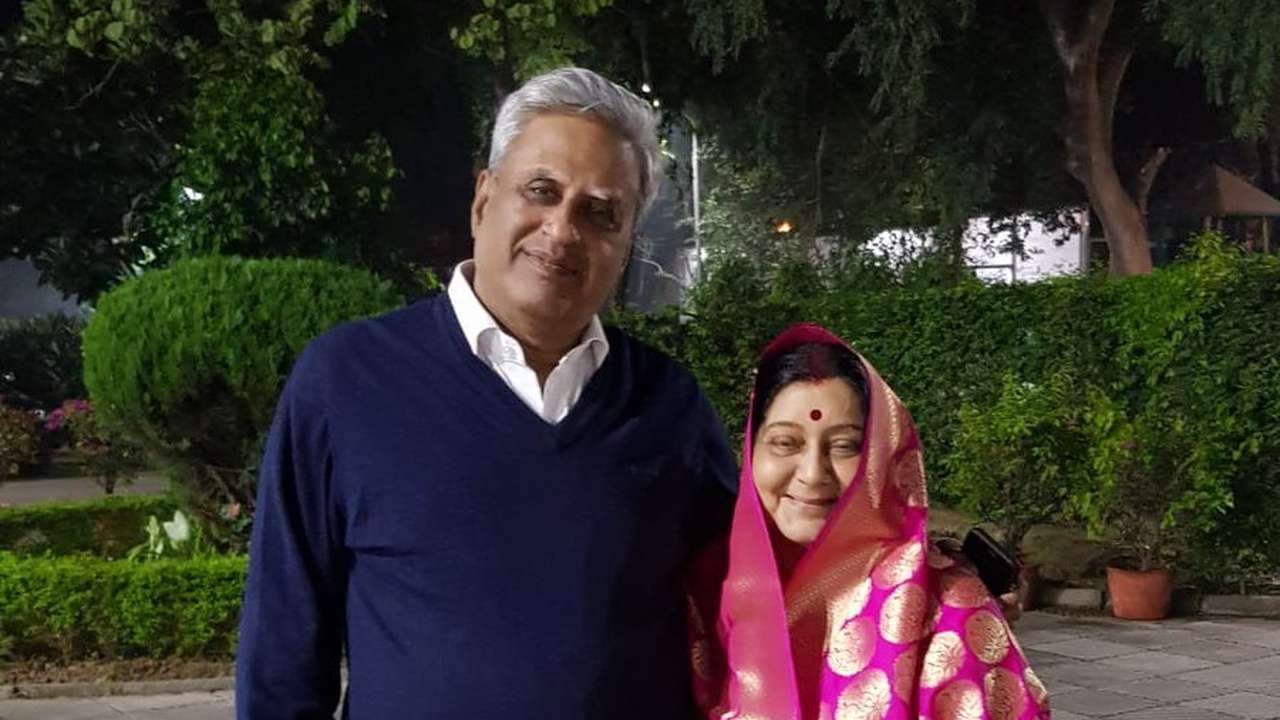 Few deaths feel as personal as Sushma Swaraj’s. The former External Affairs Minister left a gigantic hole in India’s political scene. Swaraj passed away on August 6, 2019 – the day parliament revoked Article 370 and her last tweet was about it as well.

Swaraj was a fiery orator and able administrator, whose strength of character and deep humility earned her friends across the political spectrum. In later years, she also showed her softer side, mostly on Twitter where she was hailed for humanising the Ministry of External Affairs, which always felt like a cold bureaucratic machine for most Indians.

When she was EAM, the idea existed that no Indian stranded anywhere in the world was alone. She also showcased her loving side – often with husband Swaraj Kaushal in tow – and they gave many people relationship goals. And last Karva Chauth, she had written: “Heartiest greetings on Karwa Chauth.”

As is wont, it’s almost impossible not to remember Sushma Swaraj today as the moon starts to rise and women break their fast. Shiv Sena leader Priyanka Chaturvedi also remembered Swaraj on the day and wrote:

I remember Sushma Swaraj ji sharing her #KarwaChauth pictures every year& I miss that. However to keep that tradition alive let’s share our pics here, I begin with sharing mine before I head for campaigning for #MaharashtraElections2019 ,ladies do share yours in this thread! pic.twitter.com/6KwiO8FtQr

Former External Affairs Minister and senior BJP leader Sushma Swaraj passed away at the age of 67 in August after suffering cardiac arrest. Sushma Swaraj was one of the most prominent faces of the BJP who immensely contributed to party's growth and never shied away from taking challenges.

Her rise in politics coincided in some ways with the growth of BJP as a party. She left a mark in roles as a union minister in the Atal Bihari Vajpayee government, as leader of opposition in the Lok Sabha from 2009 to 2014, and as External Affairs Minister in the first term of Narendra Modi government.

A four-time member of Lok Sabha and three-time of Rajya Sabha, she did not contest in 2019 Lok Sabha elections citing her bad health. Swaraj's attachment with the party ideology and principles was apparent even hours before she passed away as she tweeted to congratulate Prime Narendra Modi after the Centre's move to revoke the special status for Jammu and Kashmir. "I was waiting to see this day in my lifetime," she said.