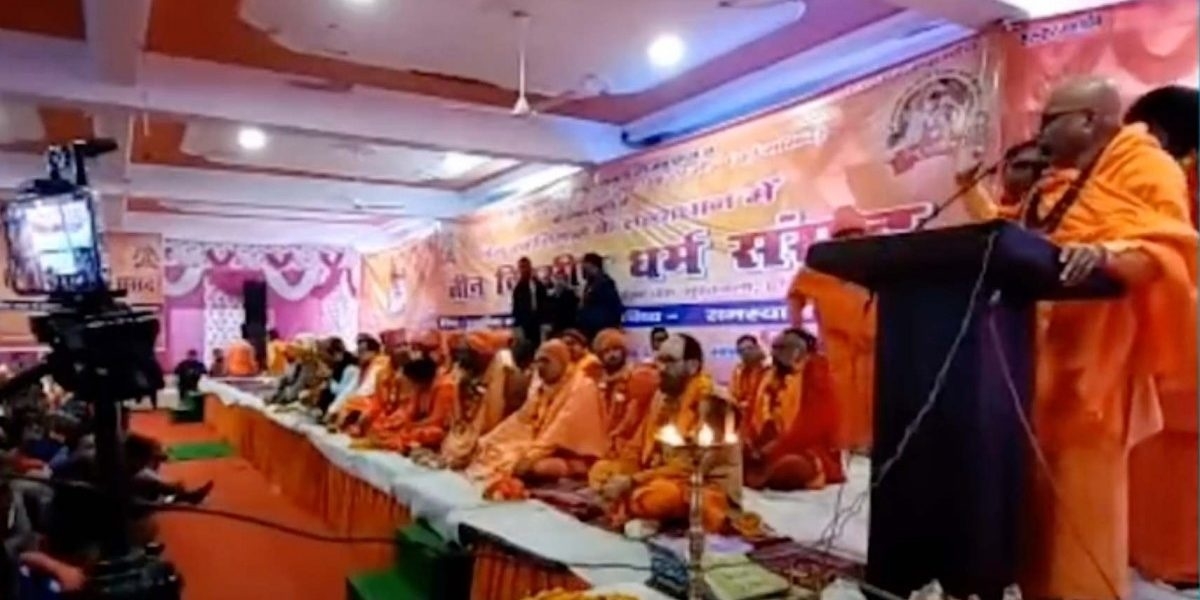 "A 5-member SIT has been constituted under an SP-level officer to probe the matter of the Dharma Sansad hate speech case in Haridwar. Legal action to be taken against those found guilty," Karan Singh Nagnyal, Garhwal Deputy Inspector General (DIG), told news agency ANI.

Meanwhile, two more names -- Yati Narasimhanand, Sindhu Sagar -- were added Saturday to the FIR lodged in connection with the recent Dharma Sansad in Haridwar where hate speeches were allegedly delivered against Muslims.

Section 295 of the Indian Penal Code (destruction, damage of a place of worship or an object held sacred) was also added to the FIR apart from section 153A (promoting enmity between different groups on grounds of religion, race, place of birth, residence, language).

Haridwar Circle Officer Shekhar Suyal told PTI the names of Ghaziabad's Dasna temple priest Yati Narasimhanand, who was the event organiser, and seer Sindhu Sagar were added to the FIR.

Extremely provocative speeches inciting violence against Muslims were allegedly made by the participants at the event held at Ved Niketan Dham in Haridwar for three days from December 16 to 19.

The addition of two new names in the FIR takes the number of people booked in the case so far to five -- the other being Waseem Rizvi alias Jitendra Tyagi, Sadhvi Annapurna, Dharamdas, Yati Narasimhanand and Sindhu Sagar.

Yati Narasimhanand, the controversial priest of Dasna temple, had been out of the ambit of the probe so far. Rizvi, who was earlier the president of Uttar Pradesh Shia Waqf Board, had changed his name to Jitendra Narayan Tyagi after converting to Hinduism.