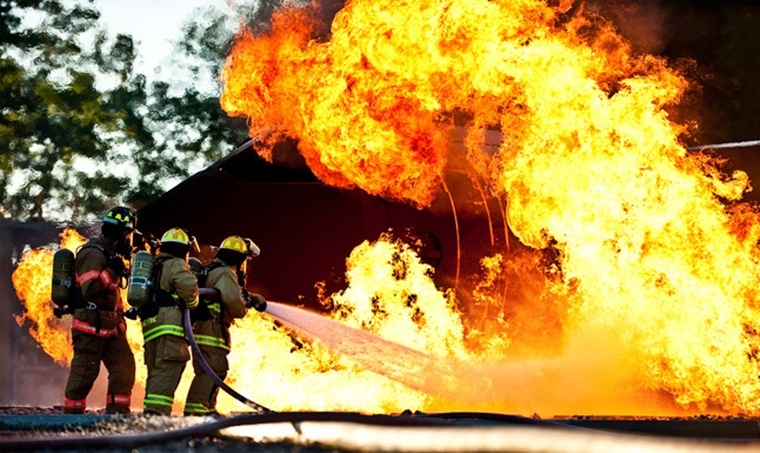 New Delhi: A fire broke out in West Delhi's Mundka area in the early hours of Saturday. As many as 12 fire tenders have been rushed to spot. More details are awaited. According to the Delhi fire department, the incident occurred at around 5:00 am today and fire fighting personnel were immediately rushed to the spot.

Sharing details of the incident, Fire Officer SS Tulli said, "We received the first fire call at around 5 am. At 6:22 am we declared it a medium category fire. This is a warehouse full of wood logs which led to the fire spreading to other buildings as well however we have controlled it from spreading any further. The fire fighting operations are underway with 21 fire-brigade vehicles on the spot." No injuries or casualties have been reported in the incident.

The fire-fighting operations are currently underway at the warehouse.

Today's fire comes almost a week after the massive fire in an illegal factory in Old Delhi's Anaj Mandi, which 43 people were killed and at least 62 suffered injuries.