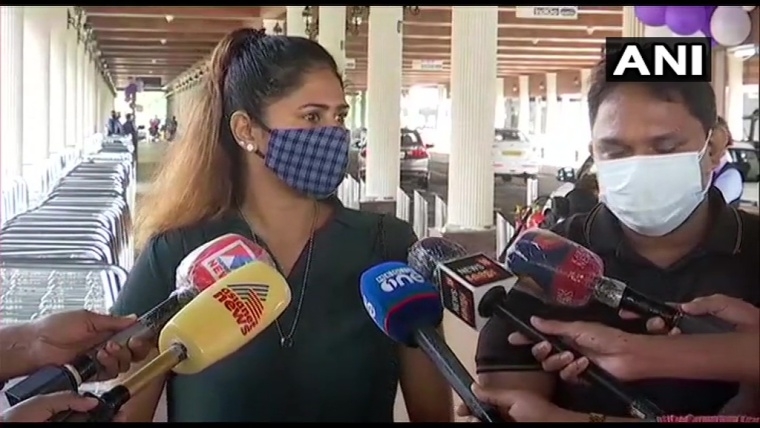 Filmmaker Aisha Sultana appeared before Lakshadweep police in a sedition case filed against her for 'bio-weapon' remark on Sunday.

On June 17, Lakshadweep film producer Aisha Sultana, charged under the sedition laws for her use of the term bio weapon to describe the island administration’s measures against COVID, was told by the Kerala High Court to present herself for questioning by the island police.

However, Sultana on Saturday said, "I have not done anything against the country. I'll fight until Lakshadweep gets justice". Speaking about the questioning, she had said, "I'll co-operate with the police of Lakshadweep. They have asked me to appear June 20."

Kerala HC had granted her interim anticipatory bail for a week and had directed her to appear before police today for interrogation.

The court, which reserved the final order on the plea, said she has to appear before police for interrogation as per Section 41A CrPC notice. 'Will fight until Lakshadweep gets justice': Aisha Sultana as she appears before police on June 20...